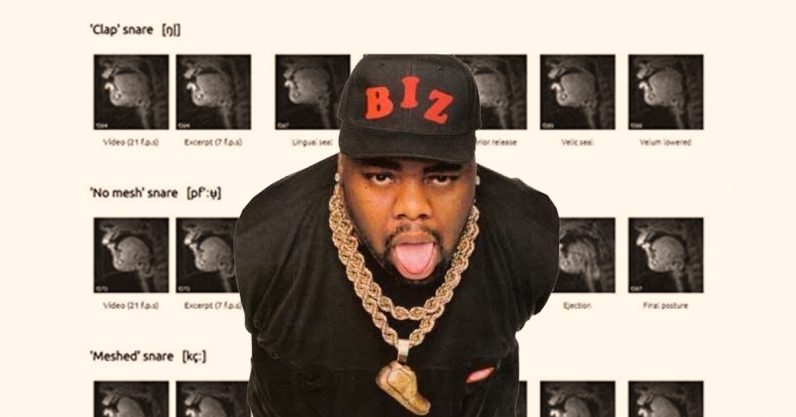 A team of scientists from the University of Southern California (USC) are taking on a decades-old mystery concerning the human brain and how it processes utterances that aren’t linguistic in nature. You may know this phenomenon as beatboxing.

The legends surrounding the birth of hip hop invariably begin in New York City with DJs cutting together record samples to create a new style of music. But, there are those who cite beatboxing – the art of making beats with your mouth – as the real soundtrack to the movement.

Beatboxing rose to popularity on the work of artists like Doug E. Fresh and Biz Markie. These pioneers created soundscapes with nothing but the expert use of their vocal cords and the muscles in their face, mouth, and throat.

The incredible artistic talent displayed by the most notable among beatboxers is without question, but the science behind what these artists can do has always been a bit of a mystery.

Specifically, research has been unclear on what – if any – differences occur in the brain’s process when a person makes a non-linguistic utterance, such as a snare drum sound, versus normal speech.

Right now, you’re watching a person’s lips, tongue, and other speech organs work together to produce the art of beatboxing. These videos were recorded using real-time MRI, a cutting-edge technology used at USC. Videos like these help scientists discover how the human mind works.

Beatboxing presents a unique opportunity for cognitive behavior science researchers to study. There’s plenty of research on non-verbal communication, but non-communicative verbalizations isn’t as broadly open to observation. Using utterances as music involves a physical process similar to that of mouthing the words of a language – both are structured and metered – but ultimately presents a different mental process.

Beatboxers have learned to produce a stunning array of sounds that no one ever taught them. Learning to beatbox is like learning a new language, except that there are no words—only sounds.

By analyzing the movement patterns beatboxers use, we can better understand how the human body learns and produces coordinated actions. That information tells us more about other behaviors like speech and dancing, and it all comes together to uncover the mysteries of the human mind.

The USC researchers developed algorithms to study the live MRIs and provide feedback on exactly how the performers create the sounds. The hope, according to a report from Live Science, is that the team can use machine learning to develop a sort of alphabet of beatboxing sounds, perhaps to help future beatboxers learn the craft.

Regardless of the effect that science has on the art, it’s clear that beatboxing can inform the fields of linguistics and cognitive behavior science.

The USC team presented their work today at the 176th annual meeting of the Acoustical Society of America. You can learn more about the project — and see more videos — at the team’s website.