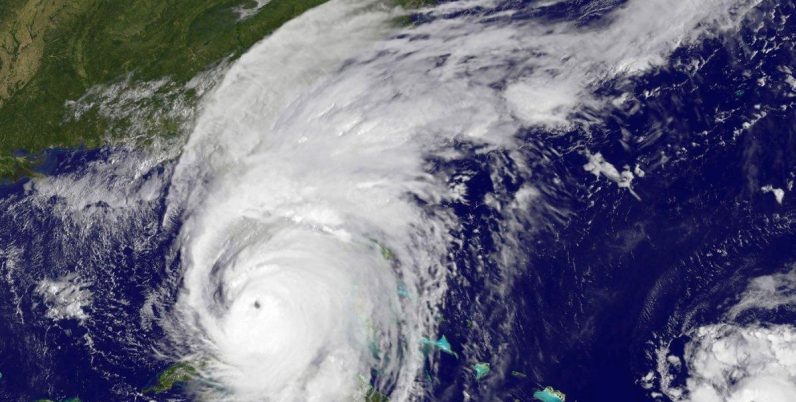 Facebook AI Research (FAIR) recently conducted a big data study to determine whether social media ties play a role in people’s decision whether to evacuate affected areas during a hurricane. And, according to the research, those with the most “social capital” were more likely to heed official warnings and flee.

Who knew social media could incite intelligence in a society?

The FAIR lab took on the big data project to determine if the influence of social media had changed a longstanding narrative about evacuations. Prior to the emergence of social media it was well-established that people who have strong community roots are less likely to evacuate.

The idea being that those people are compelled to stay because they feel safe in the knowledge their neighbors, friends, and co-workers will help them out in the event they’re struck by disaster.

This, of course, is lunacy. No amount of stick-to-it-iveness can prevent a hurricane from damaging your property, but a timely evacuation will all but guarantee you won’t die in said hurricane.

Now, however, there’s evidence that social media actually incites people to evacuate during disasters. Particularly, those who’ve built “bridges” outside of their local community.

According to FAIR’s research:

We found support for this, in particular observing that ties associated with bonding capital, such as a user’s number of friends (first degree network size) and the density of their network (clustering coefficient), are related with lower likelihood of evacuation (the former more consistently than the latter). We further observe that ties associated with bridging and linking capital, measured by second-degree network size and the number of politicians followed, are associated with a greater likelihood of evacuation.

The data, which Facebook compiled from users affected by hurricanes Harvey, Irma, and Maria, shows that the “social capital” it’s referring to isn’t necessarily only about the size of your Friends List. It’s about how you use it.

Those who follow more than two politicians, for example, are among those more likely to evacuate. Facebook postulates this may be in correlation to the amount of exposure from “official” sources a person has to evacuation information and directions.

The other major contributing factor was the amount of “second-degree” network friends a user had. These are people outside of your family and local friends. People with stronger secondary networks were more likely to evacuate. This would seem to indicate that the more exposure a person has to people outside of their locale during a disaster, the more likely they are to feel comfortable leaving home.

That’s probably true even when there’s not a disaster.

Some of this sounds like common sense, but there’s surprisingly little empirical information concerning evacuation habits. Once people are forced to evacuate, they scatter. Sometimes they don’t return for months or years, and often not at all. This makes data gathering, under traditional circumstances, hit-or-miss.

But, Facebook has access to the precise locations of billions of people in real time, and the ability to measure the size and scope of their associations around the globe. Cities may lose track of citizens (and their data) once they leave town, but Facebook’s jurisdiction is global. Because of these new insights we’re in uncharted territory.

There’s certainly room for improvement though. These basic results are just the beginning. Soon, Facebook will dial these incredibly broad strokes down to the fine details:

For instance, the analyses we present would be enriched by adding data about evacuation-related content a user consumed on social media, including ads, posts from friends, and posts from government officials, to study the influence of specific messaging on evacuation behavior, something that could help direct evacuation efforts in the future.

Anything that makes people choose safety over “riding it out,” during a hurricane, is a good thing. Now, if only we could find a big data trick to make it easier to convince local governments to provide evacuation services for the impoverished, disabled, and elderly we’d be addressing the real problem.

Read next: Tencent to limit some mobile gamers to an hour of play time per day