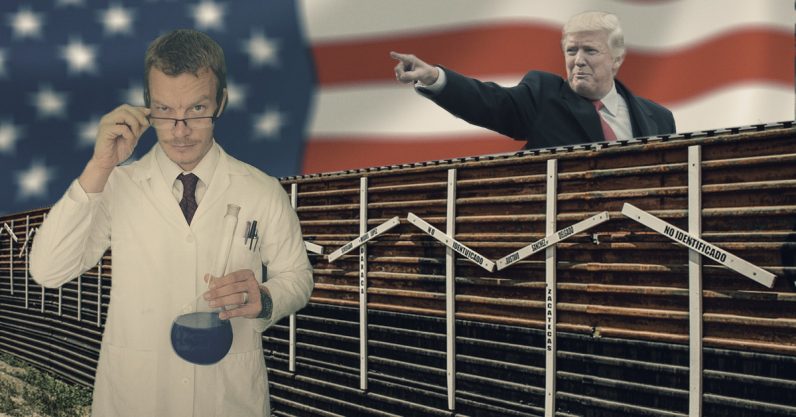 Research currently conducted by US-based companies such as IBM, Microsoft, Google, and Rigetti is widely considered at the forefront of quantum computer technology. It’s no stretch to say the US is the global leader in the field. But, if President Donald Trump and the GOP continue to have their way, that’s almost certain to change.

A recent study indicates international student enrollments for prominent physics programs at US universities has fallen by an average of 12 percent in the past year. This, on top of news that many internationally recognized experts in science have avoided US technology contracts due to the volatile Visa situation surrounding Trump‘s travel bans.

The result: US AI programs are in danger of falling behind China’s. And a global shortage of quantum computing experts means the nation competes with the entire world for less than 25,000 people who can be considered experts.

In an article written for the New York Times, Cade Metz claims that even that low number doesn’t tell the whole story:

The labor pool in quantum computing is even smaller. By some accounts, fewer than a thousand people in the world can claim to be doing leading research in the field.

This is a competition the US appears to be trying to lose. It’s doing so by providing a hostile environment for immigrants, ignoring the nation’s leading scientific experts, and engaging in questionable foreign policy and trade practices.

Because of these Trump agenda items, the US is a less desirable place for international researchers to work than it was prior to the current administration taking office. So far there’s nothing to indicate this trend won’t persist. And that’s scarier than anything you’re likely to see this Halloween.

When president Donald Trump was elected, it became clear that his “America First” rhetoric wasn’t a call for the long-term success of the US. It was, and remains, a political equivalent to the “move fast and break stuff” mentality employed by startups hoping to capitalize on flavor-of-the-moment coverage before selling out and moving on.

The US withdrawal from the Paris Climate Accord, for example, was based on the idea that it was costing the country money and providing no immediate benefit. Despite the fact that the vast majority of climate scientists believe overwhelmingly that the long term effects of climate change, unchecked, will be catastrophic, Trump likely saw a chance to save a few bucks and rile up his political base and seized it.

This mentality is apparent in many of the White House’s moves. After gutting the Office of Science and Technology Policy and similar science-friendly advisory departments, the nation has been at the mercy of DARPA leaders, whose focus is completely military, and the assurances of lobbyists when it comes to government decision-making concerning tech.

We won’t even get into how net neutrality protections were stolen from a public in near-unanimous support of them — but it was in direct defiance of science-based advice and demonstrably against the best interests of US citizens.

And now the US risks falling behind in both AI and quantum computing technologies: arguably the cornerstones of our technological future. You don’t have to be an expert in quantum physics to know the future is bleak for the US if it doesn’t start caring about science again:

Luckily for the US there is a solution: adult citizens can vote for politicians who believe science and technology are important.

Read next: Oculus pulls plug on Rift VODs in wake of another founder departure