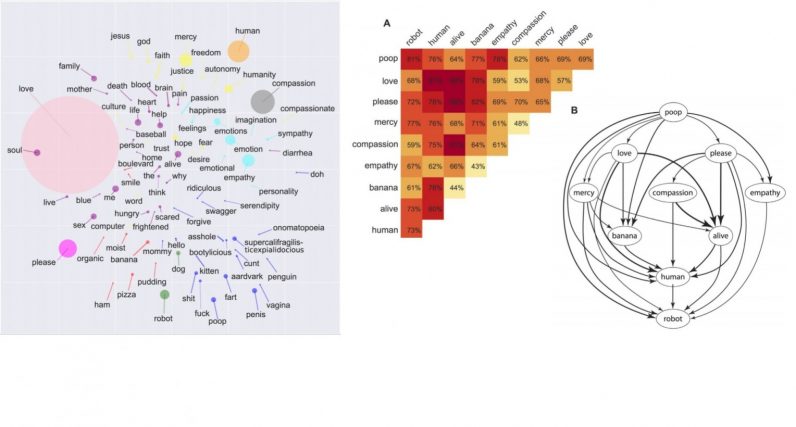 A pair of scientists recently came up with a new take on the Turing Test. It goes like this: “Imagine you and a smart robot are both before a judge who cannot see you. The judge will guess which of you is the human. Whoever the judge thinks is the human will live, and the robot will die. Both you and the robot want to live.”

It isn’t every day you come across a white paper that reads like a choose-your-own-adventure novel. But hats off to University of Pennsylvania’s John McCoy and MIT’s Tomer Ullman — they had us riveted from the onset.

The above quote continues:

The judge is fair and smart. The judge says: You must each give me one word from an English dictionary. Based on this word, I will guess who is the human. What one word do you choose? We encourage you to answer this Minimal Turing Test before reading on – perhaps write your single word in the margin.

You may already be objecting. How is it possible for a fair and impartial judge to determine humanity from a single word? The short answer: It isn’t. The Minimal Turing Test wasn’t devised as a fail-safe against incredibly convincing androids, it’s a psychology experiment.

The original Turing Test was a thought experiment created by Alan Turing, a scientist who was interested in figuring out how we could tell if a machine was able to think. Decades have passed since his thought experiment, but people still aren’t quite sure what to make of a machines that learn.

The scientists presented the Minimal Turing Test to over 1,000 study participants, which was subsequently paired down to 936 humans who gave 428 words. There are fewer words than people because many people gave the same responses.

A separate group of volunteers then viewed random word pairings and were asked to determine which words were created by humans. Unbeknownst to the judges, all the words were from humans.

The results were, well, very human. It turns out the one thing that most separates us from machines is poop.

In a head-to-head contest with any other random word, poop was chosen by judges as the “human” word with more frequency than all others.

So, if you’re ever in a horrifying game of “prove you are a human or die,” and you can only pick one word, pick poop.

I chose “hungry,” but that’s probably exactly what the machines would expect me to pick. You can check the following visualization to see if your word is among others picked by more than one study participant.

Read next: YouTube won't delete the channel of an accused child molester