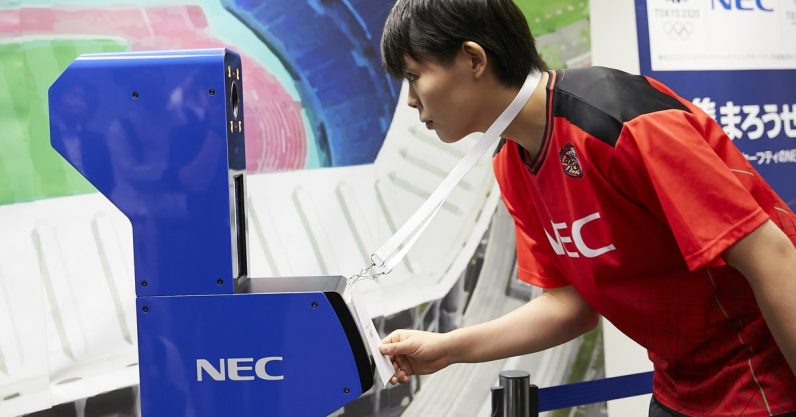 The 2020 Tokyo Olympics plans to introduce facial recognition software at security checkpoints — both to cut down on unauthorized people getting in and, probably more importantly, getting athletes out of the scorching heat as fast as possible.

Japanese company NEC Corp, the ones providing the tech, will use its software on athletes, staff, and media representative, with everyone’s pictures being taken ahead of time and stored in a database to be used at check points. Unlike previous Olympics, the Tokyo show won’t necessarily be concentrated in one central area, meaning there will likely be far more checkpoints for athletes and personnel to pass through.

NEC Corp won’t be using the technology on the crowds — the idea of which brings to mind the Chinese authorities who used the tech to identify a fugitive out of a massive concert crowd of 60,000 people.

There’s one other major factor in the use of this tech, which speeds up the entry process: Heat. According to the show’s executive director of security, Tsuyoshi Iwashita, the scorching summer hours necessitate allowing athletes to escape the sun as quickly as possible.

The key to Games security is to prevent unauthorised people or items from entering venues… This latest technology will enable strict identification of accredited people compared with relying solely on the eyes of security staff, and also enables swift entry to venues which will be necessary in the intense heat of summer.

How bad is the heat in Tokyo likely to be? Well, the highest recorded temperature this year was around 105 degrees Fahrenheit, so even your own Texas-born girl here is sweating empathetically.

The current official death toll is in the dozens, but analysts told CNN it was likely in the hundreds unofficially. According to Reuters, the Japanese government is debating whether or not to adopt daylight savings time in 2020 in order to avoid events taking place during the hottest hours. So hustling everyone indoors as fast as possible is more than just a logistical concern for the Olympics organizers. This facial recognition tech could help avert a major health hazard.