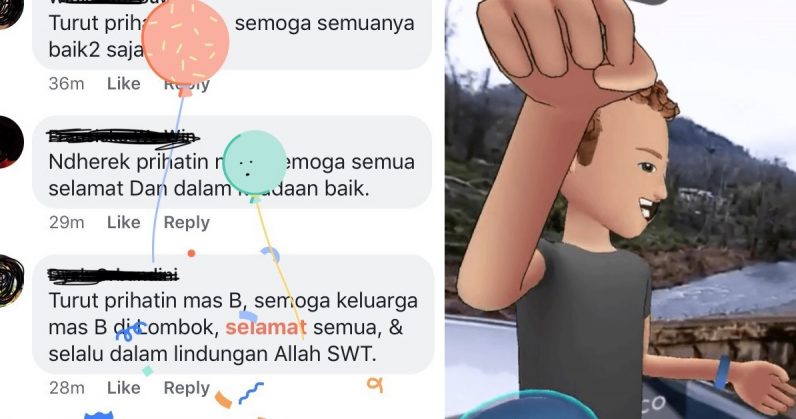 Facebook was recently forced to apologize — yeah, I know, again — for inadvertently celebrating the deadly Indonesian earthquake on Sunday. It’s not the first time the company has shown how tasteless it can be in the face of a natural disaster.

The 7.0 magnitude earthquake, the latest one to hit a country that has been in a state of emergency since last month, allegedly killed over 300 people. Aid workers are still struggling to reach some areas devastated by the quake, and, according to CNN, at least 20,000 people are still in need of assistance.

Naturally, sympathetic Indonesians took to social media to send their hopes for the survival of those in the region. According to Herman Saksono on Twitter, it was this which triggered an unusual and inappropriate reaction from Facebook.

“Congrats” in Indonesian is “selamat”. Selamat also means “to survive.”

After the 6.9 magnitude earthquake in Lombok, Facebook users wrote “I hope people will survive”. Then Facebook highlighted the word “selamat” and throw some balloons and confetti. pic.twitter.com/DEhYLqHWUz

Thinking users were trying to congratulate something or someone, Facebook‘s built-in word detection proceeded to shower the commenters with balloons and confetti.

Facebook has since apologized for that, explaining the animation is automatic. A spokesperson told Motherboard:

This feature (a text animation triggered by typing ‘congrats’) is widely available on Facebook globally, however we regret that it appeared in this unfortunate context and have since turned off the feature locally.

This is not the first time Facebook’s been a bit off-color following a natural disaster.

Cast your memory back to the ancient days of last October. Hurricane Maria had just devastated the island of Puerto Rico. It’s estimated to have killed more than 1,000 people. The residents of the island were suffering under the largest blackout in American history. I don’t condone comparing natural disasters, but it was pretty horrific even as these things go.

At roughly the same time, Mark Zuckerberg wanted to demonstrate a new project Facebook was working on called Spaces, in which leering avatars interact in a VR environment. To demonstrate how you could set the environment to be anything you wanted to be, Zuckerberg proceeded to place himself in the wonderful world of storm-racked Puerto Rico. He did such lovely things as high-fiving his stage partner while standing on a flooded bridge in front of numerous destroyed homes.

It was a ghoulish, insensitive display, and Zuckerberg had to quickly backtrack, attempting to explain the “trip” to Puerto Rico as a segue into a mention of the company’s partnership with the Red Cross. Still, the whole incident left an understandably terrible taste in everyone’s mouth.

You would think Facebook wouldn’t want to be accused of the same thing. Two words, with two very different meanings, should not be a difficult thing for the site’s animation gremlins to grasp. But it appears this one, basic feature of the site, as with the rest of it, is still going to need some tweaking before it can be trusted not to make light of a terrible experience.

Read next: How game trailers are inspired by the world of film