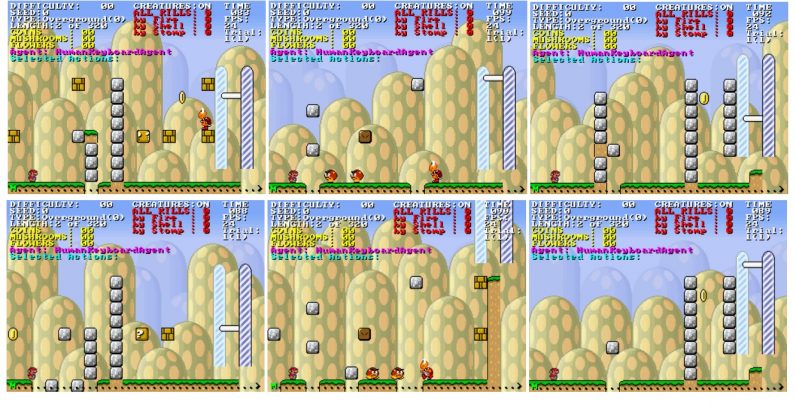 A team of scientists from New York University recently developed an AI that creates Super Mario Bros. tutorial levels. It’ll teach you how to run and jump, but the Princess will still be in another castle.

The researchers designed an evolutionary algorithm that uses an open-source level generator to make scenes that require the use of a specific game mechanic to pass. A scene, for example, created to teach the jump mechanic would be impossible to beat without jumping.

According to the group’s white paper:

Unlike previous work that focuses on the instructional side of tutorials, we focused on creating an experience that will teach the player during gameplay, by posing challenges that they can only overcome when using the mechanics we wanted to teach.

It’s obvious that a gaming classic from the 1980’s doesn’t need a new tutorial, but the basic concepts are important steps in the development of a more robust AI. Once the researchers perfect the algorithms on an older game they can start scaling it to work on more complex projects. But, you have to start somewhere.

Super Mario Bros. begins with one of gaming’s finest tutorial levels. Upon completion of the first stage, you’re ready to take on the rest of the game’s challenges. But not every game is created equally, and teaching humans how to do something isn’t always as easy as Nintendo made it look back in 1985.

There have been other efforts to make tutorials for games using AI, but this is the first that creates a playable scene with the intent of teaching humans the game’s mechanics. According to the researchers, the work was inspired by a simple hypothesis: if a perfectly trained AI player can beat a scene, and one whose training is missing a specific mechanic cannot, then that scene could act as a tutorial for that mechanic.

The results prove the hypothesis, the AI does in fact spit out levels that require the use of a specific mechanic to pass. Unfortunately, much like some human developers, the AI doesn’t seem to understand its target audience. Much of what it designs is virtually unplayable by novices because it requires pixel-perfect control and superhuman reflexes.

The researchers acknowledge there’s more work to be done, but they’re optimistic the evolutionary algorithm approach can be tweaked to provide a more robust experience:

This work is a stepping stone towards evolving full levels that can teach players the different game mechanics, both in Super Mario Bros and other games.

Read next: Cryptocurrency bigwigs invade the Fortune '40 Under 40' list