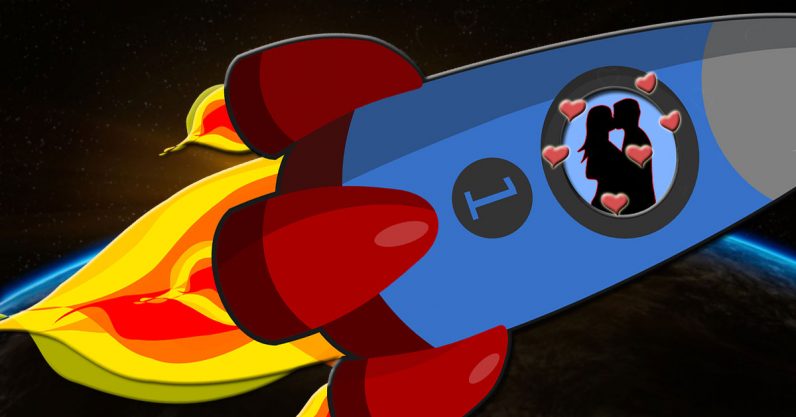 A pair of scientists from France developed an algorithm to determine the minimum amount of sexually active couples it would take to maintain a human crew inside of a spaceship for 6,300 years – the time it would take to reach the nearest star beyond the sun.

Let’s get it on: The Heritage algorithm, as its called, powers a simulation that determines the likelihood of humans reaching Proxima Centauri using current technology. In order to get people there from Earth, the mission would require multiple generations of people to live their entire lives in space while the vehicle makes the millenniums-long voyage. And that means the initial crew, and subsequent offspring, would have a responsibility to procreate.

Go deeper: The simulation predicts survivability by taking various breeding paradigms into consideration. It factors in variables such as an unknown catastrophe which effectively wipes out one third of the crew, and takes things like menopause, infertility, and inbreeding into account.

By restricting the offspring to being genetically pure, we found that 50±15 percent missions successfully reach their destination for restricted mating between 25 initial breeding pairs. If the initial crew is comprised of 34 initial breeding pairs, the chances to reach their destination with a completely genetically healthy crew rise up to 94-98 percent. An initial ship with 98 settlers (49 initial breeding pairs) ensures a mission with a 100 percent success rate at 3-σ significance. We can then conclude that, under the parameters used for those simulations, a minimum crew of 98 settlers is needed for a 6300-year multi-generational space journey towards Proxima Centauri b.

The climax: According to Heritage, less than 100 people would be absolutely necessary to breed our way across the universe to the nearest star. This, of course, doesn’t take into account the various X factors that could affect such a mission – for example, there’s no research on fertility rates in deep space. And it’s unclear what the psychological state of a group of people who’ve only ever lived on a traveling spaceship would be like.

Would you make love across the cosmos to spread the seed of humanity to distant planets and solar systems? And, more importantly, what would your spaceship be called? Let us know in the comments.