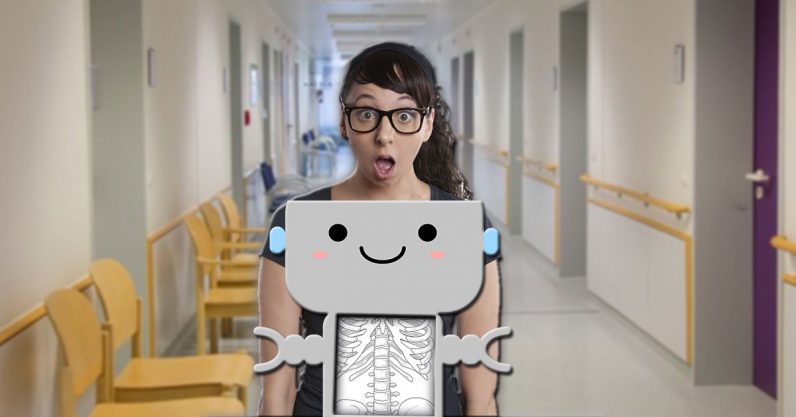 When Marci Robin entered a Florida car dealership to buy a Fiat 500x, no one thought she’d leave with an existential crisis. According to Robin, while in the process of signing paperwork to purchase the car, she was presented with a simple question, strange as it was: was she a robot?

Presumably, she was not.

The question, born of the online reCAPTCHA form, presents a single box, to be checked only if the human on the other side can confirm that they are, indeed, human. If you’re a human, or a robot crafty enough to bypass the CAPTCHA, a single click on “I’m not a robot” is all it takes to access sites that use it, or to enter information into online forms. It’s not, as you may realize, intended for use offline.

Yet that’s the position Robin found herself in when attempting to purchase a car. According to Robin, she was asked to check the box on the purchasing paperwork, even though she was in the dealership and surrounded by car salesman who, seemingly, could verify that she was human.

She told Jalopnik, who verified that she was, in fact, not a robot:

The sales guy was handing me paper after paper with a brief explanation of what each one was for, and then he handed me that page — with literally nothing else on it — and just mater-of-factly said, “And this one is just to ensure you’re not a robot.

We both said, “Really?” And I don’t know if he’s just done it so long that it was normal to him now or what, but he was just like, “Yep.”

While it seems to have been a printing error, the dealership confirmed to Jalopnik that they have each customer who purchases a car check the box. “It’s not about us,” a sales associate said. “In order to print the next one, you have to check [the CAPTCHA]. So we print it out, and have the customer check that when we do.”

So, it seems to be an extension of the online application — forcing each person who purchases a car to replicate the same actions they’d take while filling out paperwork online — but that doesn’t make it any less weird.

You also have to wonder if future applications are going to ask this for other reasons, like sentient artificial intelligence paired with humanoid robots.

For what it’s worth, the dealership confirmed it would sell a car to a robot, so long as it had a social security number an ID.

Read next: HTC's notch-less U12+ gets 4 cameras and a squeezable body