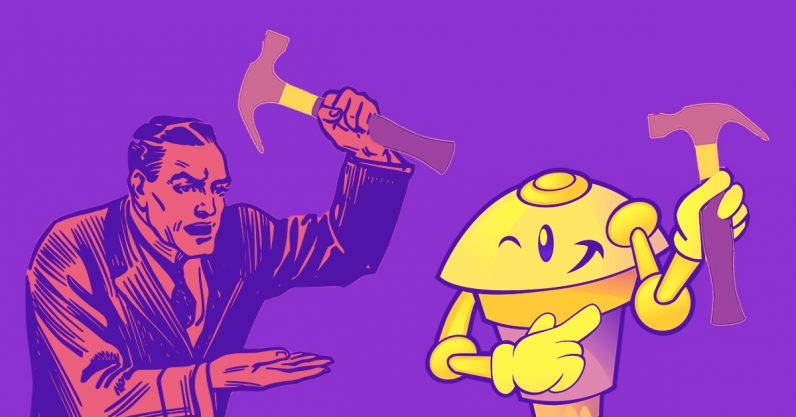 “In general, AI will not replace jobs, but it will transform them. Ultimately, every job is going to be made more efficient by AI,” says Facebook’s Yann LeCun.

Reports of the demise of human labor may be hyperbolic, if you believe the likes of LeCun, Google’s Peter Norvig, and Microsoft’s Eric Horvitz.

The trio, each heads of research for the tech giants who employ them, participated in an “ask me anything” (AMA) session on Reddit earlier this week to discuss artificial intelligence. All three are members of the American Association for the Advancement of Science (AAAS), and as such weren’t representing their respective companies during the session.

When asked by a high school teacher which jobs were most likely to be replaced by AI and “which seemed safe for the next generation,” each responded with optimism.

I see many tasks as being supported rather than replaced by more sophisticated automation. These include work in the realms of artistry, scientific exploration, jobs where fine physical manipulation is important, and in the myriad jobs where we will always rely on people to work with and to care for other people–including teaching, mentoring, medicine, social work, and nurturing kids into adulthood. On the latter, I hope to see rise and support of an even more celebrated “caring economy” in a world of increasing automation.

This vision of a “caring economy” conjures images of a world where companies are empowered to invest in teachers and daycare by paying automation’s savings forward. But perhaps there’s more to a “caring economy” than just better pay for the people who take care of the elderly and children.

With automation assisting workers we can pass off dangerous tasks to machines, which will result in fewer human injuries, deaths, and lawsuits. The only compassionate way to get rid of worker’s compensation claims is to make them unnecessary.

According to these experts we’re going to see a lot of change over a long period of time, but few entire career fields are at stake. Sometimes jobs are eliminated because they’re unnecessary in the modern world – like switchboard operator. But for the most part, people adapt – typists learned to use word processors.

The fear with automation is that AI is creating a new “species” of worker that will be in direct competition with us. But that’s not neccesarily the case, as Norvig points out:

I think it makes more sense to think about tasks, not careers. If an aspiring commercial pilot asked for advise [sic] in 1975, good advice would be: Do you enjoy taking off and landing? You can do that for many years to come. Do you enjoy long hours of steady flight? Sorry, that task is going to be almost completely automated away. So I think most fields are safe, but the mix of tasks you do in any job will change, the relative pay of different careers will change, and the number of people needed for each job will change.

It’s always nice to see some optimism in the world of AI. But if you’d prefer, here’s an update from the world of autonomous warfare and killer robots.

Read next: Bowers & Wilkins PX Review: Beautiful sound - after I got a haircut