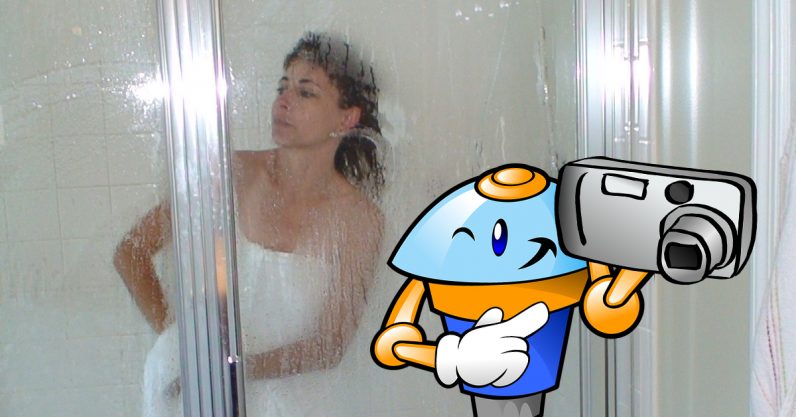 When I came across a Reddit thread titled “Shower Network: people come in a shower and start shooting videos, streaming them live | New AI application questions” there was no force in the universe that could have stopped me from clicking that link.

The thread began inauspiciously with “Hi! I’d like to ask a few questions about possible implementation of AI technologies in a project that is going to rely on and invest in AI just to survive not to mention to do well.”

Most of the time this means the poster doesn’t really know what AI is, as I’m sure fellow r/artificial readers would agree. Sometimes, it’s just a boring series of questions about Python or AutoML or something else that only developers care about.

But every once in a while something so strange happens you can’t help but marvel at its oddity.

I’ll leave it to AstronautID, the poster, to explain:

Our goal is to build a network of shower cabins equipped with cameras – very special ones – everywhere and also a network – a freshly smelling one – of people who make videos, watch and share them. Basically people can make their videos about anything, but we primarily want to create favorable conditions for those who is liked by watchers better. What’s the award? You’ll see it soon!

Gosh, who wouldn’t want to take part in a social network designed to livestream your shower? And those “favorable conditions” must be the “freshly smelling” part – which later AstronautID explains is much more than just regular “internet of smells” ideas.

But the next bit, the part about AI, is where it all comes together to form the magical WTF-gumbo that you can’t help but make a Drew Scanlon face at:

When it comes to the shower-based video-sharing social network, the titular AI probaly isn’t for what you think it is:

As we are going to roll out the network of showers – newly designed ones from scratch – all over the place and create along with that a social network online, we also want to protect our users and watchers. For that we shall implement AI algorithms that prevent displaying the parts of human body people don’t want to see.

And there you have it, a shower-based video-sharing social network with built in privacy algorithms to protect streamers from exposing themselves to their viewers.

As one Redditor, spudmix said:

I ….what? I mean, I can answer a few of your questions, but do you really think there’s a market for this? Its highly possible I’m just being shortsighted, but like… I’m baffled. Why the fuck would you want an AI-enabled scent-transfering shower-based video network?

I think that about sums it up. You’re up r/showerthoughts.

Read next: Rocket man can't get it up: Proof of a flat Earth still eludes