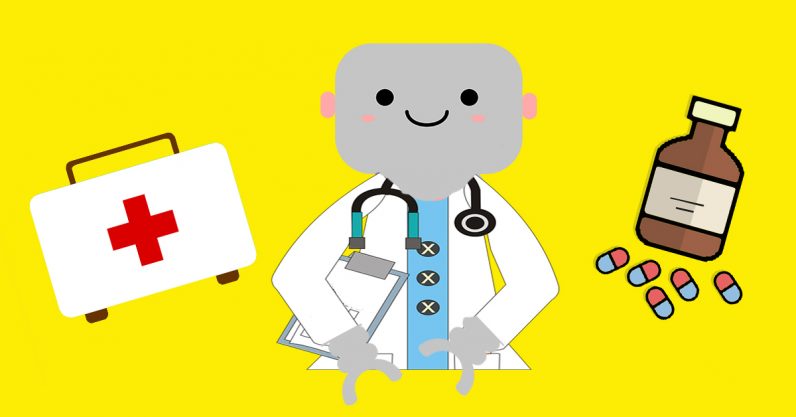 The field of medicine has, arguably, been more positively affected by modern deep learning techniques than any other industry. And, despite the unending deluge of panic-ridden articles declaring AI the path to apocalypse, we’re now living in a world where algorithms save lives every day. Welcome to Utopia.

Thanks to AI, an iPhone can detect cancer and a smart watch can detect a stroke. Machine learning is infiltrating and optimizing nearly every aspect of medicine from the way 911 emergency services are dispatched to assisting doctors during surgery. You can even quit smoking or kick your opiate addiction with the help of AI.

Corti works by listening in on emergency phone calls. It analyzes the conversation for cues that relate to its entire database of medical knowledge and provides on-screen information for dispatchers. The combination of human and machine has proven to be a successful one.

According to Freddy Lippert, CEO at EMS Copenhagen:

Our dispatchers do an incredible job under high pressure and in circumstances where the person on the line is often scared or experiencing panic-inducing symptoms. During the time that we have used Corti to augment our existing service, we have seen how the platform can support dispatchers by expediting accurate diagnoses. There are people in Copenhagen today for whom Corti has proved a real life-saver.

Lars Maaløe, Head of Machine Learning for Corti, understands the need for AI to augment — not replace — humans in the medical field. He told TNW:

The big difference between a driverless car and Corti is that our system proposes collaboration between machine learning and the human being. The more skilled a medical professional gets, the more accurate the machine learning framework gets. Who wouldn’t like to have a helping hand when taking life-threatening decisions? From our studies we can safely say that the collaboration between a medical professional and Corti can increase your chance of survival.

AI is also one of the world’s most powerful allies in the fight against cancer.

For example, the IT Department of Moscow Government (DIT) last week released an open-source cancer detection code on github that uses deep learning to look for signs of lung cancer in radiology scans.

This technology, called RadIO, is freely available for anyone to use and can be found (with tutorials) on Github. And while it doesn’t represent a magical cancer detection-button, it will almost certainly save lives. According to the DIT:

RadIO allows for creation of deep learning algorithms of cancer detection in a short piece of clean, easy-to- read, reproducible and fast Python code. RadIO implements a lot of preprocessing operations, including load data from disk, resize scans to a different shape, and dump preprocessed data to disk. Importantly, actions of RadIO are quite fast.

How fast? The researchers who created RadIO believe it could process radiology scans from the entire population of Moscow, 13 million people, in 30 minutes. That’s pretty fast.

Another company, Art Medical, is using AI to solve a big problem with medicine: namely, that people get sicker in hospitals. Its smart feeding tubes and monitors, currently undergoing clinical trials, are designed to prevent life-threatening complications in ICU patients.

With these new algorithms, we hope to save more lives in hospitals and prevent complications in ICUs that are unrelated to the original reason of hospitalization. Aspiration pneumonia is a major risk for intubated patients, and we’re committed to leveraging our technology to solve this problem.

It may not seem like it, but we’re living in the most prosperous era in human history. Just 10 or 20 years ago these advances would have been considered out of reach.