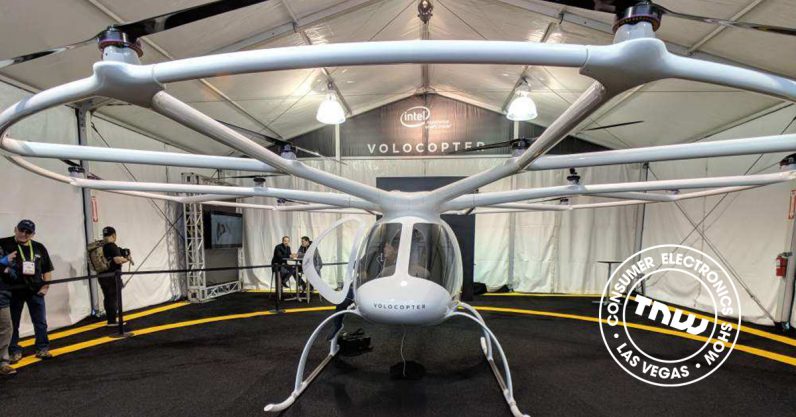 It’s going to be hard finding a cooler use of AI than fully-electric flying multicopters that autonomously carry people around cities on demand.

It’s Volocopter’s 2X, which is basically a giant drone with seats. Did we mention it’s autonomous? That’s right, the 2X will eventually be summoned with an app to arrive at whatever designated location it’s able to land at. At which point you’ll simply hop inside, strap in, and enjoy a quiet and relaxing ride to your destination.

Brian Krzanich, CEO of Intel, had this to say after taking the Volocopter’s innaugural flight:

That was fantastic, that was the best flight I’ve ever had. Everybody will fly in one of these some day. 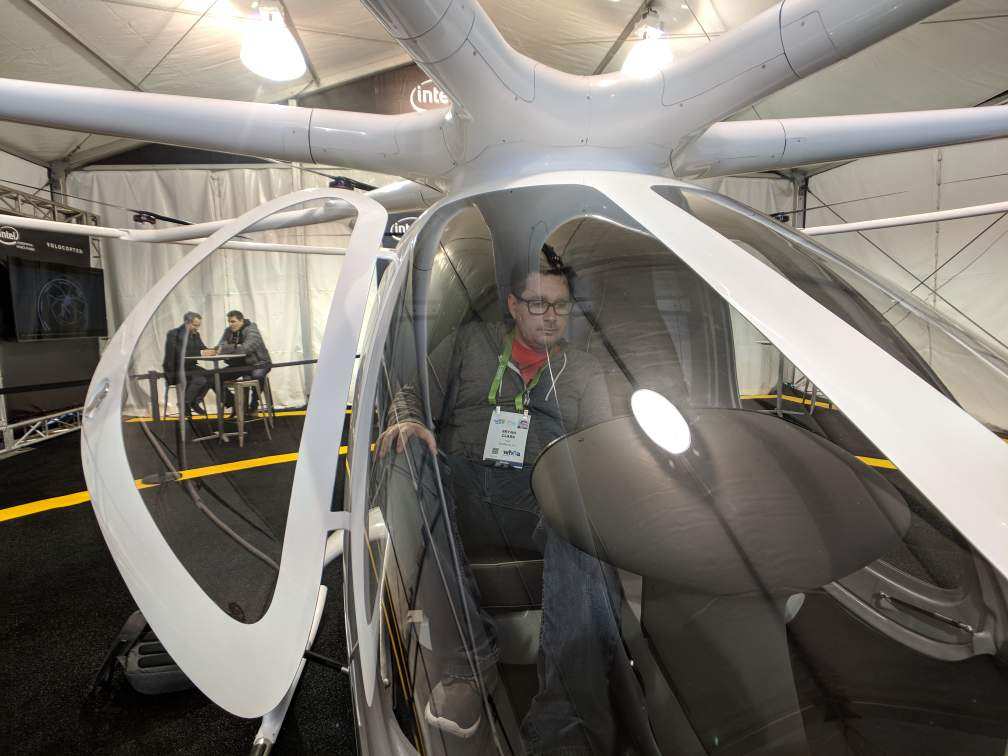 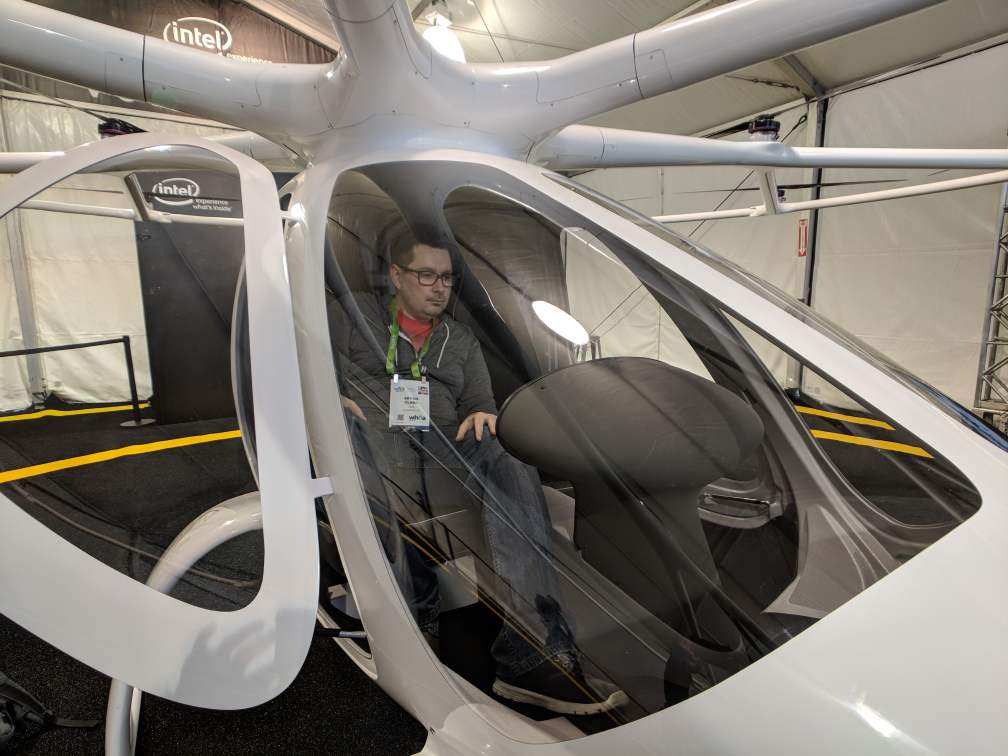 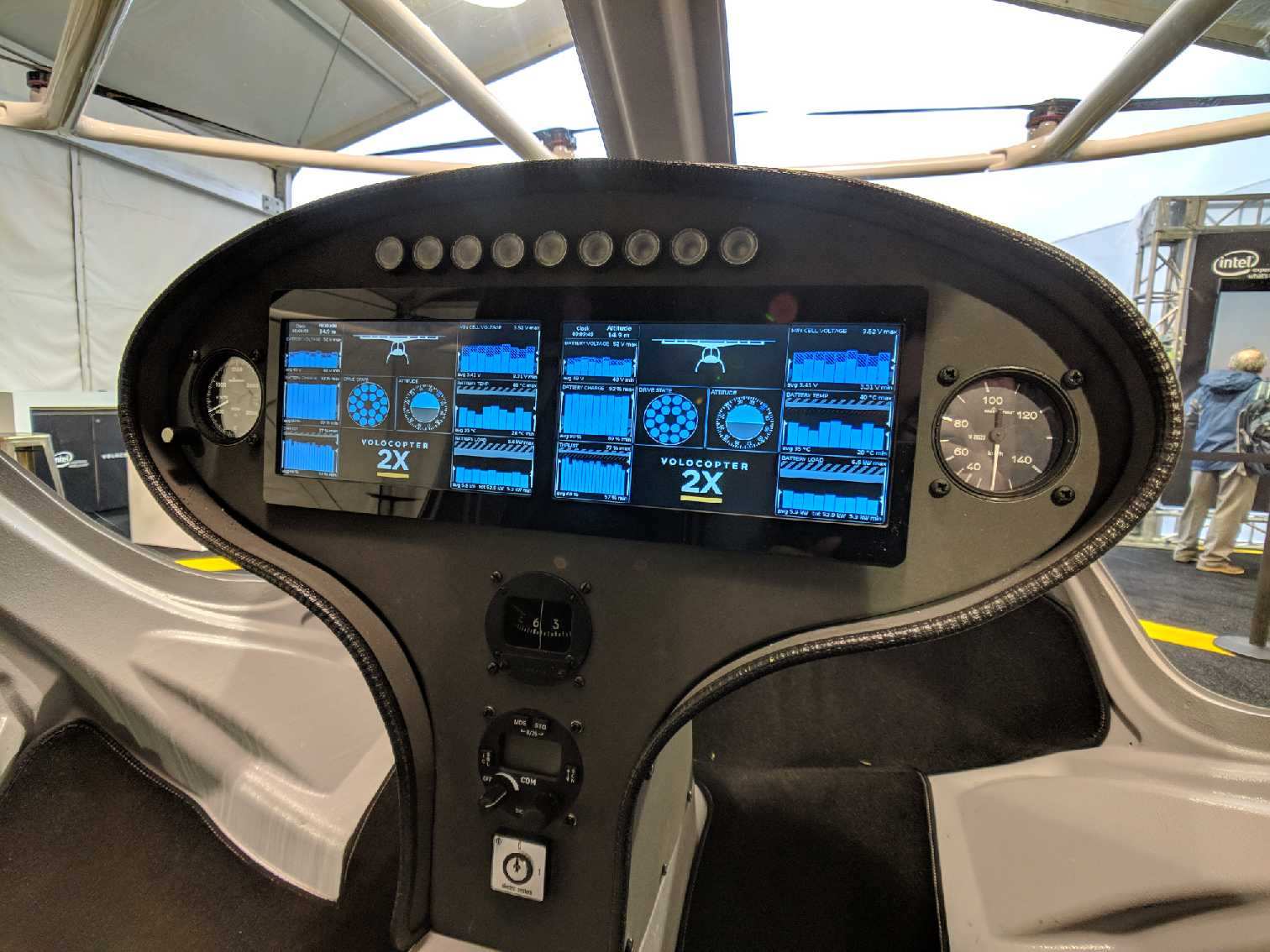 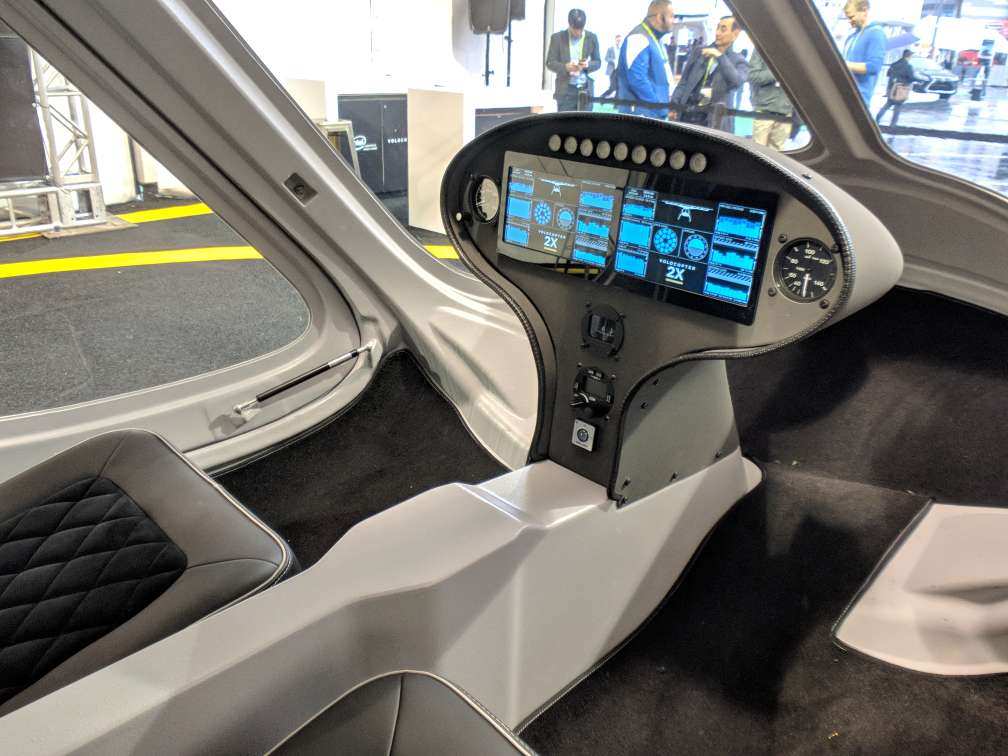 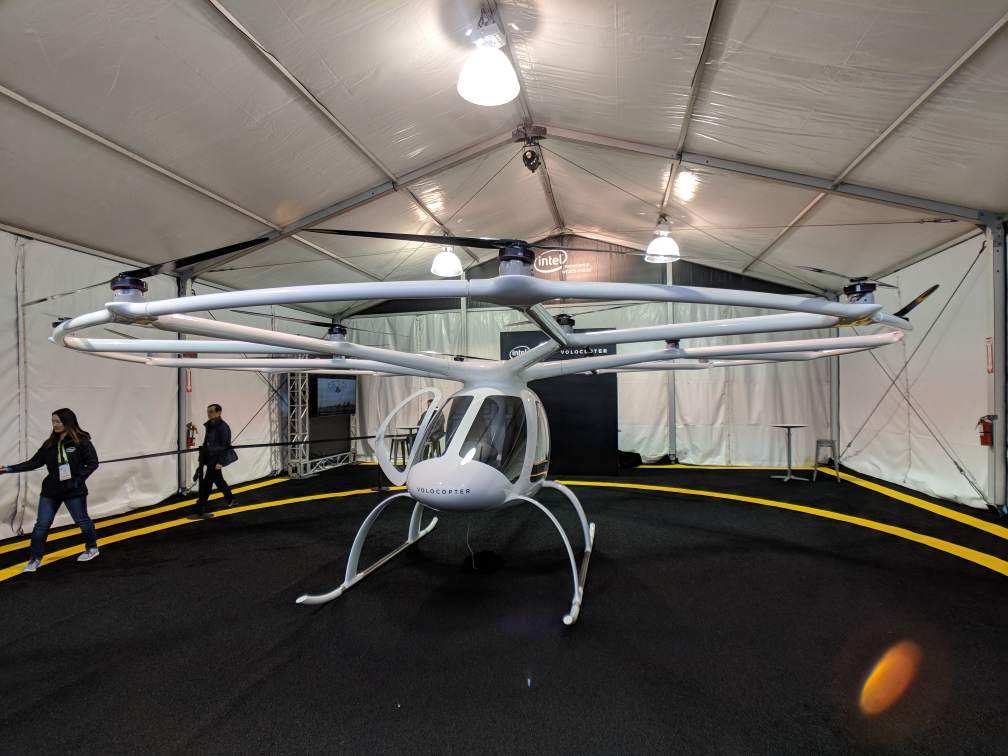 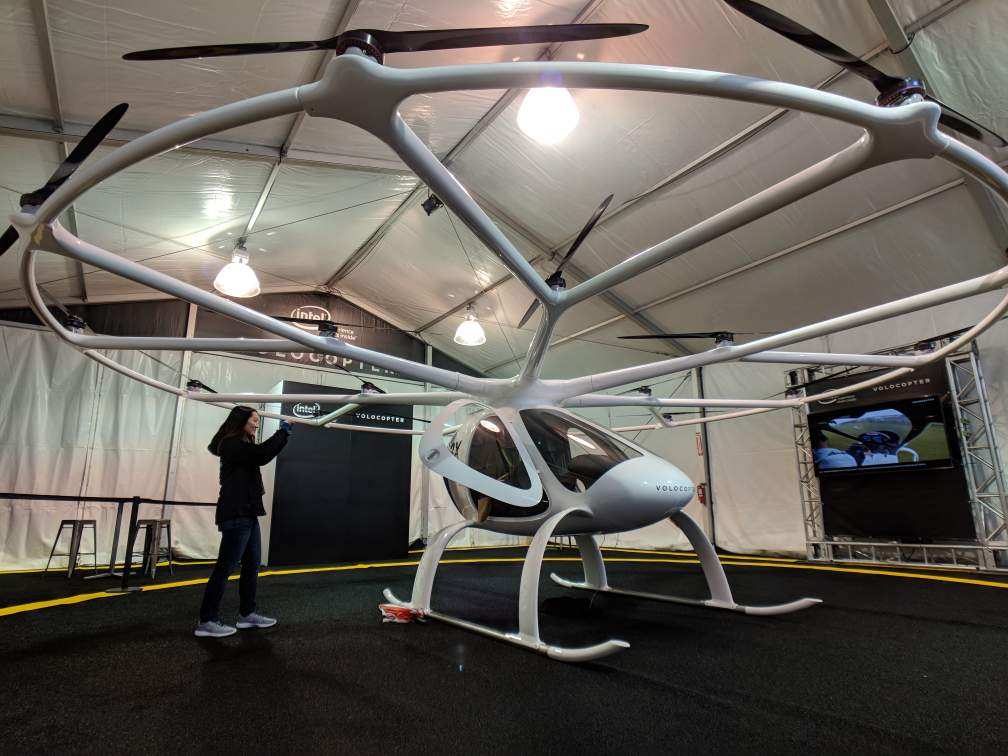 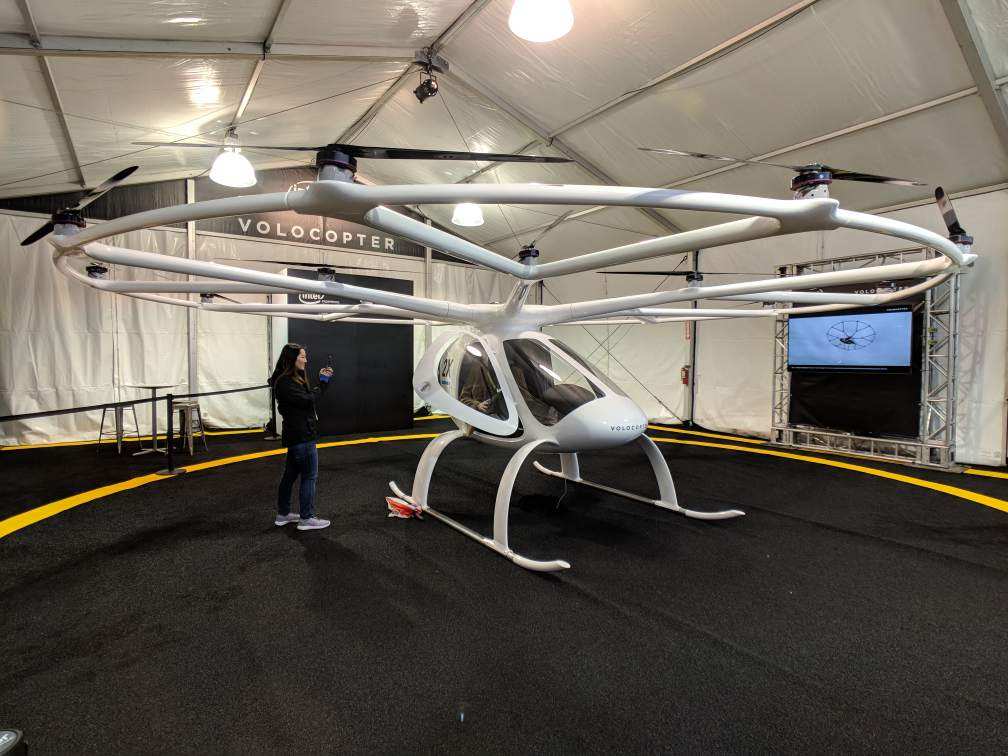 2018 is all about revolutionizing travel. Virgin Hyperloop One is showing off its stuff at CES also, but its hyperloop pods will travel underground. Volocopter is the first company approved to put people in the skies with what’s essentially the equivalent of a driverless car in the air, ‘pilotless aircraft’ if you will, at the consumer level.

It’s people-drones ya’ll, and it’s a fantastic idea. In places where traffic is insane, like Los Angeles, and smog is bad, also like Los Angeles, a system of efficient travel that works like an Uber in the sky sounds terrifying, but also awesome and maybe even necessary.

This is the future we’ve been asking for; finally a product worth drooling over to start the year! And Volocopter just reminded everyone that CES is the biggest show in tech.

The Volocopter is the world’s first multicopter to be granted a certification for manned flights – as early as 2016. It fulfils stringent German and international safety standards. From the end of 2017 the Volocopter will get to prove this in Dubai: At the first ever autonomous air taxi test run in the history of aviation.

Read next: HP's Sprocket is a nifty little printer that doesn't need ink