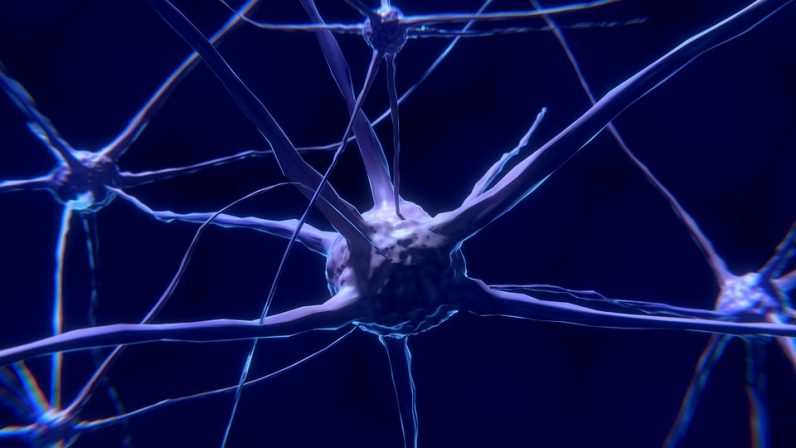 Rigetti, a quantum computer startup, recently announced its researchers created a method for quantum computers to run a clustering algorithm (a way for AI to separate data into groups). There are a number of companies, including IBM and Google, using AI in the development of quantum systems, but this is one of the first times quantum machine learning has been successfully tested.

It’s hard not to imagine a robot that’s learned to defy the laws of physics when you hear that companies are beginning to combine AI and quantum computer technology. And Elon Musk did explicitly warn us this would happen:

But here at TNW we embrace technology, so let’s put aside the fact that our species is currently hard at work finding ways to give computers a brain capable of understanding the universe in a way we never will.

Quantum computers will one day replace the classic binary ones we use now, this is a near certainty. But currently they’re impractical for anything other than research. Not only do they require ridiculous accommodations, like a near perfect-zero temperature environment, they’re also slow compared to modern supercomputers.

Scientists at companies like Rigetti, who focus on quantum computing, are still at the ‘dabbling’ stage of research. They’ve got hardware that no-one has ever developed for before, which is capable of doing things we’ve been unable to try previously. Every step they take brings the entire field further into uncharted territory.

Once quantum computers surpass the capabilities of supercomputers – a feat that’s nearly been accomplished – we’ll need methods for creating instructions and understanding the vast amount of data they produce. AI is perfectly suited for this, and according to experts it’s the logical next step.

Quantum computers and AI also share another trait: exponential growth. Processors for quantum devices are measured in qubits, with today’s most advanced ones coming in at around 50 qubits. At this size they’re the equivalent to a supercomputer. At just 60 qubits, it would exceed the power of every supercomputer on the planet combined, and then some.

Self-replicating AI, like Google’s AutoML, could — theoretically — scale with hardware advances to create algorithms far more complex than any human could, in order to harness the power of quantum computing.

The work being done at Rigetti may not be the quantum equivalent of AutoML just yet, but if we’re ever going to have a 100 or 1,000 qubit system running a quantum neural network it’ll be founded in something as basic as Rigetti’s clustering algorithm.

When the Matrix becomes a reality, it’ll probably be running on quantum machine learning algorithms.

Read next: Exercising robot will still be sweating long after you've abandoned your New Year's resolutions