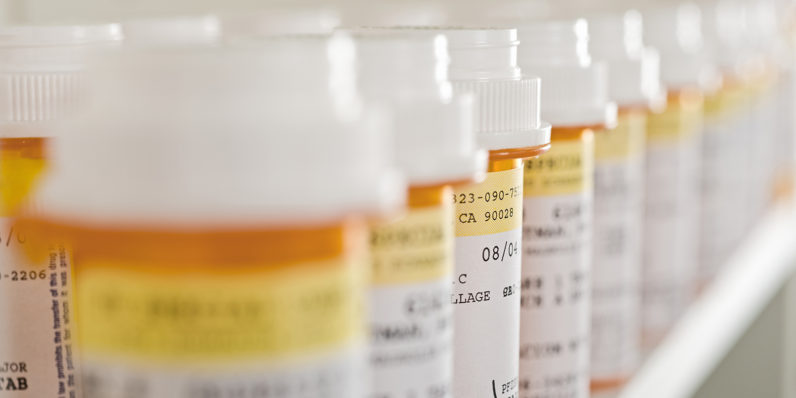 A group of researchers recently developed a ‘smart pill’ system. The idea is that a patient will swallow a pill coated in gel containing a sensor, and doctors can track use. It’s not the first time this has been done, but this experiment focused on fighting opioid addiction, which makes it politically interesting. And that’s why it’s terrifying.

The pill contains a patient’s medication and a sensor. It sends information to a wearable device which transmits data to a medical professional. This technology has the potential to save tens of thousands of lives.

It could also be used to systematically exploit people in the US and other countries.

There are millions of Americans who’ve had their rights suspended for the duration of a prison stay, and even more living in impoverished conditions. These groups are ripe for exploitation by politicians and pharmaceutical companies.

Why? Because in the year 2018, homeless people and convicts finally have something valuable to offer: data.

You may be wondering what the big deal is. Let’s imagine a pharmaceutical company called Company X. This pill pushing megacorp realizes it has access to extremely specific data which could be valuable. So it hatches a nefarious plan to start giving people medication for free.

Gasp! Not free medication, what is this Canada? Anything but that!

The problem is that our data is worth a lot. It might not be worth so much we can all just quit our jobs, and in fact it really isn’t worth very much to us at all. But it’s like free money for companies.

The difference here, is when you make a bargain to keep Facebook free by letting it monitor your social media use it’s not a life or death choice.

It won’t be hard for a country whose gun policy is dictated by the National Rifle Association to convince hard right voters that tracking devices embedded in our medication is the only way to stop drug addicts from destroying our country. And if they can pay for it all by selling poor people’s data — even easier.

From there it’ll be a no-brainer to provide “free” medicine for prisoners in the country that houses the most inmates (America). It certainly won’t be difficult to convince wage-workers to agree to the terms and conditions of their new “free” pharmacy plan.

But there’s no such thing as a free lunch. We reached out to a body data expert to find out what this could mean. Leslie Heyer, the founder and president of Cycle Technologies, told us:

When using a health technology, people may be entering very personal data. Some health apps ask users to enter a huge amount of information under the guise that this information is being used to improve accuracy. The truth is that a lot of times they are asking for information that they can turn around and sell or use in some other capacity – it’s information that does not in any way improve the experience for the user or give them more accurate information. Unfortunately this information, if it is shared with others and especially if it is personally identifiable, could potentially be embarrassing or even lead to discrimination.

An example within the reproductive health space is if a woman is trying to get pregnant and her employer is told she is using an app for this purpose. This could have a seriously negative impact on her career. Or if a person with an STD is “outed” to his family or his co-workers or a potential insurance provider. I’m sure that the “bad actors” out there will have some creative ways of using this information.

This is good information for anyone who is considering using an app on their phone that tracks data. The more access you give, the more data gleaned. With smart pills we’re talking about something far more intimate.

Imagine what kind of sensors could be developed for use inside the human body. There isn’t much a company wouldn’t know about you — and be able to share.

Also, depending on whether the devices are developed by pharmaceutical companies or technology startups, the rules could be entirely different. As Heyer says:

Technologists and app developers don’t have the same restrictions that a health provider would have with sharing a user’s data with others or protecting it in a HIPPA compliant manner.

Heyer did assure us that her company believes data is the property of the user:

My own company develops fertility apps, and our most recent – Dot – relies on predictive statistical modeling and machine learning. We’ve made it really clear that users own their data. We track basic analytics, but users’ data resides primarily on their phones. If a user enters a research study, we may track more, but they have explicitly consented to be a part of this study.

The worst part is, concerning smart pills, chances are the most vulnerable among us won’t even notice the exploitation. When it comes to life and death there isn’t much choice for someone who can no longer afford their heart medication because they’re homeless.

Once we open a Pandora’s Box where medication is considered a delivery method for data-gathering software there’s no closing it. The companies that involve themselves in such practices will have essentially monetized our will to live.

And, to anyone who thinks this is a paranoid view, because they believe the ethics of our politicians and corporate leaders will ultimately steer us in the right direction: let’s see how the repeal of net neutrality plays out.

Read next: Reminder: These are the members of Congress who sold you out to ISPs [Update]