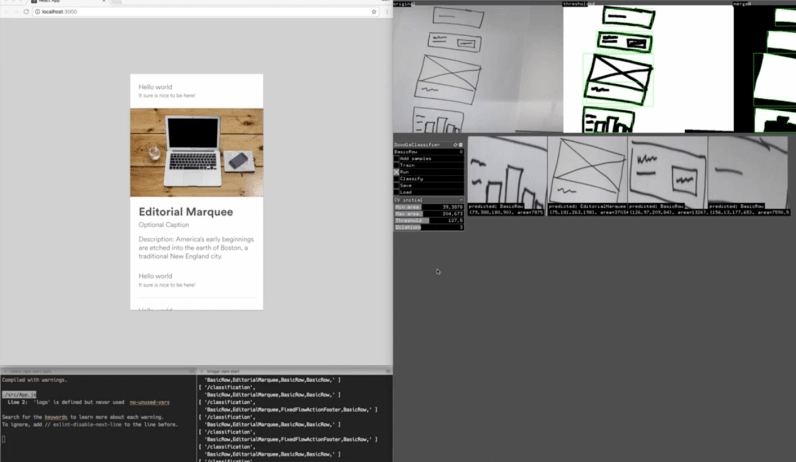 Airbnb is betting big on automation. The company is currently developing a new AI system that will empower its designers and product engineers to literally take ideas from the drawing board and turn them into actual products almost instantaneously.

The AI-powered solution aims to simplify the overall product development routine by focusing on testing functional prototypes, rather than bouncing half-assed modules and components between different teams.

“As it stands now, every step in the design process and every artifact produced is a dead end,” the designer added. “Work stops whenever one discipline finishes a portion of the project and passes responsibility to another discipline.”

Seeking to reduce friction in the overall workflow, the popular house rental service came to the conclusion the best way to streamline its product development process would be to let machines get familiar with it.

One thing that made this task easier is that Airbnb already has a thoroughly documented design system, with numerous carefully defined components and guidelines. The next step was to feed the design system to the AI and let it classify its various components.

The assumption was that, once properly trained and fine-tuned, the AI would be able to recognize Airbnb’s standard hand-drawn design components and automatically render them into actual source code. To their surprise, the outcome was more than satisfactory.

Here is a demonstration from an early prototype of the AI-powered product development tool:

“We’ve experimented using the same technology to live-code prototypes from whiteboard drawings, to translate high fidelity mocks into component specifications for our engineers, and to translate production code into design files for iteration by our designers.”

Those interested to hear more about these efforts can check out Wilkins’ talk on the importance of symbolic thinking and streamlined design systems:

Meanwhile, Airbnb is not the only company toying with the idea to outsource design sketching to machines.

In fact, earlier this year Copenhagen-based startup Ulzard Technologies showcased software that can autonomously interpret raw product mockups and proceed to translate them into source code.

So in case you’re fed up with your moody dev team: soon you might have the option to replace them with robots.

Read next: Dutch, digital, and driven? PwC's Next Digital Leader Summit awaits you!