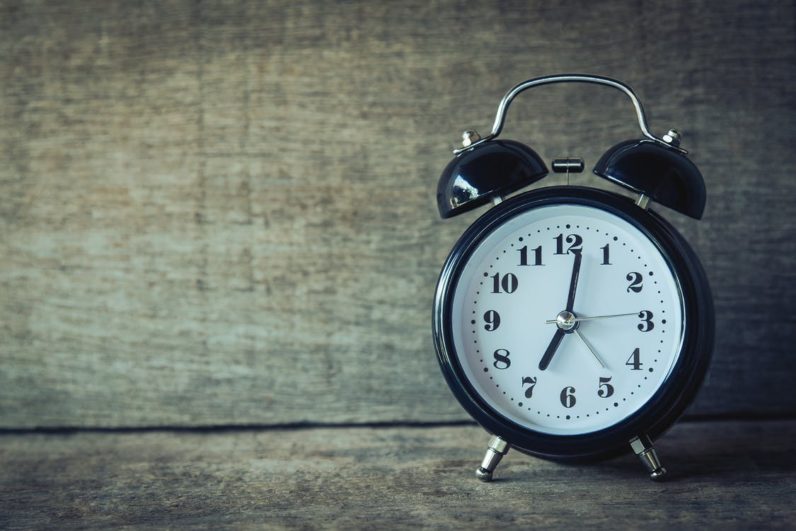 In healthcare, time is of the essence. Mere minutes can be the difference between life and death for someone who’s suffering from a stroke. To a patient who’s terminally ill, getting an early diagnosis means spending a few more months with their loved ones.

Many doctors, however, are unable to spend as much time with patients as they’d like. According to a large-scale report by Medscape, which is owned by WebMD, doctors on average spend 13-16 minutes with each patient.

At the same time, patients feel the crunch of time as well – and this keeps them from seeking help. Research shows many people worry their medical issues might be a waste of their physicians’ time – so they keep their complaints to themselves. Patients who were interviewed for the study talked about “the pressured context in which their consultations take place: the limited resources, the lack of time, and busy doctors.”

Other patients are less worried about squandering their GP’s time, but claim doctors are wasting their time. In 2014, a health IT solutions designer named Jess Jacobs started keeping track of all the hours she spent at her hospital. She found that only 29% of her 56 outpatient doctor visits were useful. On average, she had to wait 20 hours to get a bed in the hospital. Other calculations showed that just 0.08% of her time being hospitalized was spent treating her conditions. Jacobs, who suffered from two rare diseases, passed away in 2016, which made her message all the more poignant.

To be clear: doctors are not to blame here. Being part of the medical staff means dealing with a never-ending pile of paperwork that often needs immediate attention. New research shows American physicians now spend two-thirds of their time entering data and doing desk work.

These results indicate the balance has actually gotten worse over time: A little over ten years ago, doctors on average only spent one-third of their time on paperwork. Many countries are currently dealing with an aging population, so the demand for healthcare will probably only increase in the coming years. Guaranteeing the proper care for all of these future patients means doctors will have to become more productive and efficient.

That’s where artificial intelligence (AI) comes in. One of the big promises of AI, which according to Amazon’s Jeff Bezos is currently experiencing “a golden age,” is that it will relieve workers from the simpler, repetitive tasks their jobs entail. This report by McKinsey Global Institute estimates that in the next 50 years, AI will spur an annual growth in productivity of somewhere between 0.8 and 1.4 percent. In comparison, the emergence of early robotics in the 1990’s “only” increased productivity by 0.4 percent.

If these staggering numbers will also apply to medical care remains to be seen, but AI is already assisting doctors and nurses in many ways. Take pathology, for instance. Historically, pathologists determined a diagnosis by manually analyzing tumor tissue slides using a microscope – a critically important yet very time-consuming task.

Last year, a group of researchers from Harvard and Beth Israel Deacon entered an imaging competition with their neural network that can detect breast cancer. They won and decided to commercialize their technology by founding startup PathAi.

The company recently partnered up with health tech giant Philips to further improve the ­diagnosis of cancer and other diseases. Philips was already harnessing the power of AI in other fields of healthcare, aiming for more personalized solutions. Their technologies range from smart toothbrushes that use data analysis to provide personalized brushing feedback, to smart alarms that decrease the number of false alarms at Intensive Care. Saving them, yes, precious time running in and out of hospitals rooms for no reason.

To Milan Petkovic, who’s head of the department Data Science at Philips Research, increasing productivity and saving time is one of biggest promises medical AI-solutions have to offer. “Doctors will provide better diagnoses and treatments with less time and effort, making healthcare much more efficient.”

Being a professor of Mathematics and Computer Science, Petkovic probably could have landed a job anywhere – including the Facebooks and Googles of this world. The reason he decided to work with Philips, he explains, is his committal to developing technology that’s useful. “If we’re talking about social networks, AI-research is used to keep people on the platform as long as possible. With Philips, we’re developing AI-powered tools that are keeping people healthy – there’s a big difference. Realizing that your algorithm is saving lives and helping society is very motivating.”

Philips Research China, one of the company’s divisions specializing in AI, developed a Natural Language Processing (NLP) algorithm that extracts structured data from clinical reports so doctors are provided with the proper information for secondary analysis. It’s currently being piloted in several large hospitals.

The algorithm can save doctors months in research, says Choo Chiap Chiau who’s leading the AI research team in the department.“Without this solution, a doctor may take six months to find the needed information from 10,000 ultrasound reports. With this innovative algorithm, he can locate the desired information from 200,000 ultrasound reports within approximately five days .”

The algorithm is just one of the infinite possibilities that AI holds, but one of great promise nonetheless. “A single successful AI solution may improve healthcare for the whole world,” says Choo. “This is the value of our job.”