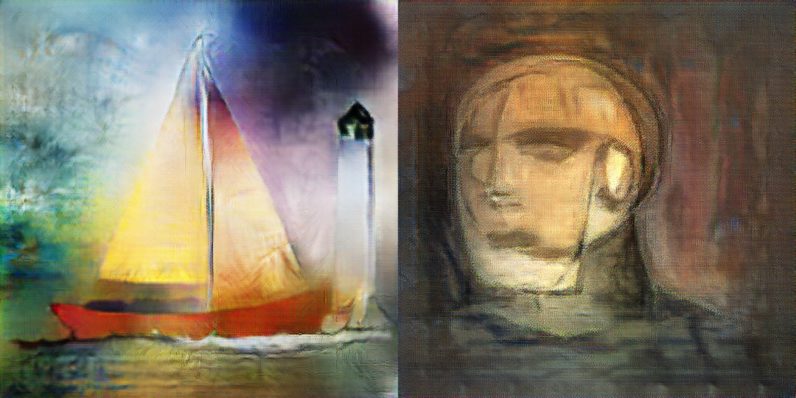 Scientists recently trained an AI to interpret simple doodles and turn them into artistic masterpieces. The researchers, from Cambridge Consultants, trained the machine, named Vincent, with less than 10,000 images using a global adversarial network.

Is Vincent an artist? We’d say no. However the AI wasn’t created to produce art, but rather detect counterfeits. And it’s doing this by creating them. Researchers use an adversarial network to train the AI by giving it conflicting goals. In Vincent’s case, to both produce and detect art that could pass for something from the Renaissance period. Vincent is literally its own worst critic.

We took all of the great renaissance artists and tried to create something that could, at least in a limited way, imitate their styles. You can start drawing something, just a couple of lines, and Vincent will complete the painting as best as it can.

Artificial Intelligence isn’t about emotion or expressing feelings. Researchers working in the field of AI aren’t interested in creating a better person; we’re pretty good at being people. Machine-learning developers are trying to create a more rational, logical, and sane robot capable of figuring things out on its own.

Barlow and his team’s work isn’t even about art; creating AI that can better see and understand its surroundings is crucial to nearly every aspect of autonomy. According to Barlow:

One of the most important things in machine-learning is gathering data. If anyone is going to create a car that can safely drive itself it’ll have to be able to tell a pedestrian on the road from a person on a billboard.

Cambridge Consultants isn’t trying to create a market for robot art – though there’s something haunting about Vincent’s work that could perhaps spark demand – it’s actually trying to teach AI how to be better at determining what is and isn’t important to humans.

Read next: Everything to expect from Google's Pixel 2 event on October 4