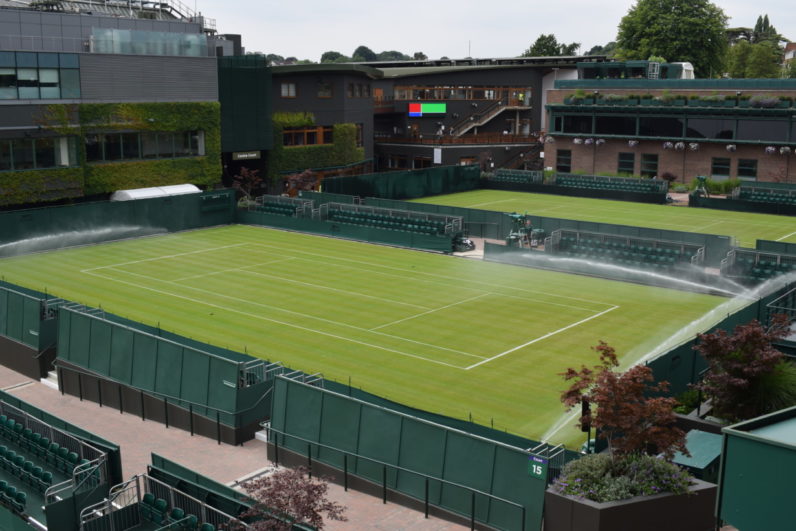 The Wimbledon Tournament is 150 years old. It is as quintessentially English as strawberries and cream, Hugh Grant, and Queen Elizabeth. But that’s not to say that it’s stuck in the past — thanks to a partnership with IBM, Wimbledon is using Watson to automate key parts of the iconic tennis event.

One area where this is most apparent is in the editorial side of the iconic tennis tournament.

Previously, the task of creating highlight packages and annotating photographs would be the responsibility of a human. But this year round, the job is placed in the hands of the Watson AI.

Watson can generate highlight packages without any human input. It can watch a video feed, and identify the most pertinent parts of a match. This can be seen by players shaking hands, gesticulating in celebration, or something as simple as the levels of volume from the audience. If people are groaning, or screaming in elation, something important obviously just happened.

Watson will generate footage from six different courts – 1, 2, 3, 12, 18, and center court. It also annotates the reel with statistics its gleaned from the play.

The AI is startlingly efficient, too, and can outpace any human. It generates a package in 50 minutes, ready to be distributed to Wimbledon’s media partners. One IBM representative said that eventually, the company will be able to reduce this time to just 30 minutes

Watson is also tasked with tagging photos. It can scour a picture to identify a celebrity or player, and note it in the metadata.

IBM says that this will free up journalists from the more tedious aspects of covering the event, allowing them to focus on the more high-value content. This is the more novel, creative, and opinionated content. But surely the argument could be made that Watson is essentially automating entry-level journalism jobs?

After all, these are the mundane jobs that allow people to “pay their dues” before moving on to more exciting and challenging tasks.

While it’s technically very interesting, it’s a troubling reminder that no industry is safe from the ravages of automation. Not least my own.

Read next: Get access to over 1,000 tech training courses for life, for under $80