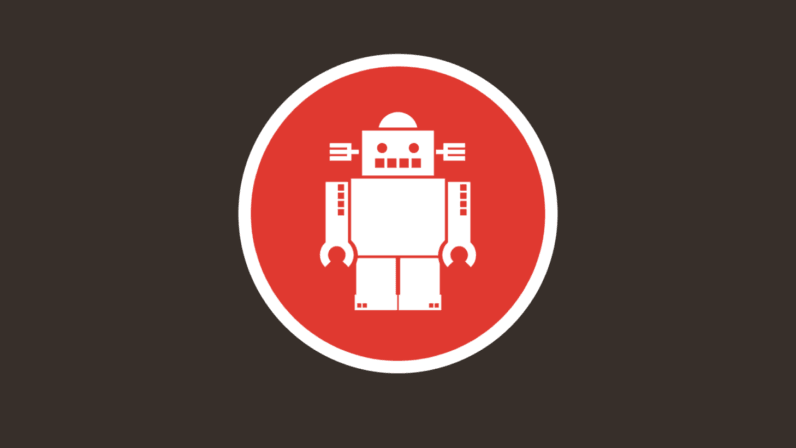 For the second year in a row, We Are Social had the privilege of presenting at Vivid Sydney this year. Already one of the world’s leading festivals, Vivid is a bit like SXSW: an amalgam of inspiring people, creative work, and fresh ideas across a variety of themes and topics.

For our 2017 keynote, I joined forces with We Are Social’s Sydney MD, Suzie Shaw, to explore the impact that algorithms and machine learning are having on every aspect of our lives, and what that means for marketing.

You’ll find our complete presentation in the SlideShare embed above (click here if that’s not working for you), but we thought it might help to dig a bit deeper into our narrative too.

More than half of the world’s population now uses the internet, and we’re increasingly taking that connectivity with us wherever we go thanks to our smartphones.

This ‘always on’ connectivity gives us access to a wide variety of digital services: social media, streaming video and music content, gaming, shopping… even dating.

But these various apps and programs aren’t just dependent on data connectivity; they also make use of ‘algorithms’.

The influence that these blocks of code have on our lives has grown exponentially in recent years, to the extent that they now shape many of the most important aspects of our lives: who we’re friends with, how much we earn, the economic mood of nations… even who we marry.

As a result, algorithms are already influencing the entire future gene pool of humanity.

So, why are we delegating such critical decisions to machines?

As our lives are becoming increasingly rushed and complex, algorithms help us to make more efficient and effective choices.

Whether you’re struggling to make sense of too many options, feel overwhelmed by complexity, don’t care enough about the answer, or you’ve simply run out of ideas, there’s always an algorithm that can help.

As a result, algorithms will soon replace mass media advertising as consumers’ primary source of discovery, and they will become the dominant influence in our decision-making, too.

In the future, the survival and success of every brand in the world will depend on how well it can market to the machines.

And — with fundamental changes to the way people shop already taking place — that future is closer than we might think.

The average shopping list is more likely to include ‘beer, chips and ice cream’ than ‘Heineken, Lay’s, and Ben & Jerry’s’.

But what happens if this behaviour translates into the way people use voice-powered devices like Amazon’s Echo?

If a shopper asks Alexa to add beer, chips and ice cream to their cart, who decides which brands actually get added?

There are four likely scenarios:

Amazon can tap into more than 20 years’ worth of shopper data, collected across millions of visitors and billions of interactions on its sites.

Meanwhile, Facebook’s dataset is even richer. In addition to the insights the company has been collecting across its own platforms for the past decade, it can also track people’s activities across any third-party website or app that features its ‘like’ button.

But even Facebook’s dataset looks thin compared to Google’s.

Google is already present in almost every aspect of our lives; from answering our questions, to entertaining us, supporting us in our work, and even helping us navigate the real world, Google is with us everywhere we go.

This broad portfolio of products and platforms means there’s almost nothing that Google doesn’t know about us. Thanks to Google Calendar, the company even knows what we’ll be doing in the future.But it’s when we dig deeper into the data collected by our smartphones that the real scope of algorithms’ influence becomes apparent:

Even when you’re not using your phone, its motion sensor captures how quickly you move and how far you travel – data which can reveal insights into your emotional state. — Motherboard

With these platforms and devices now tracking the behavior of billions of people around the world, the real challenge is making sense of all this data.

And we’re turning to algorithms for help with that, too.

As recently as 20 years ago, few people believed we’d see truly ‘intelligent’ systems in our lifetime.

AI isn’t just beating humans at board games, either.

Machine learning has allowed algorithms to progress beyond the current boundaries of human intelligence, and these systems now outperform us when it comes to programming driverless cars, and even diagnosing cancer.

With progress like this, it’s easy to imagine a future in which we’ll all rely on algorithms to manage all of the most critical things in our lives.

If that worries you, you’re not alone.

Some of the world’s best minds have expressed concern at the rapid advancement of AI.

Success in creating A.I. would be the biggest event in human history. Unfortunately, it might also be the last, unless we learn how to avoid the risks.

However, it’s important to stress that AI isn’t a threat to humanity in the way that it’s often portrayed in science fiction movies.

Humans and machines don’t compete for the same mates, and it’s unlikely that we’d ever compete directly for essential resources, either — even if we take energy into consideration.

If we ever did get to the stage where humans and AI systems competed directly for energy, it’s likely that the AI systems would quickly realize that the optimum solution would be to leave Earth, and leave humans behind.

In all likelihood, when it comes to threats from AI, it’s not the robots we need to worry about; it’s ourselves.

The potential for human abuse of AI is very real, too — the United States Department of Defence even believes that AI warfare is “inevitable”.

So, how do we mitigate this truly terrifying prospect?

Empathy is a trait that many of us might think of as characteristically human, and one that sets us apart from most other animals, let alone machines.

However, studies show that children only start to demonstrate true empathy from the age of four, which suggests that a considerable component of empathy is learned.

And anything that is learned can be encoded.

For example, SoftBank’s Pepper — a device that is already commercially available — demonstrates “more emotional intelligence than your average toddler.”

As a result, the development of ‘universal’ systems empathy will be fraught with challenges, and it’s likely to be a number of years before empathetic systems become widespread.

However, with our smartphones already able to infer our emotional state, this future may not be as distant as we might think.

Discussion of empathetic systems often centers on how machines will relate to humans, but how they relate to each other is of equal concern.

It’s highly unlikely that empathetic systems will all be produced by the same organisation, nor will they be coded by the same individual.

Consequently, just as we see in the conflicts between different human cultures today, there’s a risk that these systems will not be as ‘compatible’ as we might hope.

If the US Department of Defence’s prediction that “AI warfare is inevitable” comes true, what role would empathetic systems play in that conflict?

While it’s difficult to factor the human element in this scenario, it’s likely that any truly intelligent, empathetic system would come to a similar conclusion to that of Joshua, the AI system in the classic 80s movie, WarGames: the best move in war is not to start at all.

Indeed, in contrast to the ‘inevitable AI apocalypse’ portrayed in popular culture, empathetic AI may deliver an outcome that no human has ever achieved: world peace.

So, with the end of the world averted, it’ll be time to get back to the day job.

But how do marketers survive in a world powered by such powerful algorithms?

We have three tips for you when it comes marketing to machines:

1. Understand where you stand

It’s easy to feel intimidated by ‘internet giants’ like Google, Amazon, and Facebook, but these businesses still rely on other organisations to produce the majority of the products and services that they market or sell.

As a result, we can think of them as partners, not threats. How can you work together with these companies and use their insights to inspire better value propositions that bring value to all sides?

Many marketers think of algorithms as incomprehensible ‘black boxes’, but they’re actually more predictable than the irrational behaviour of human consumers. Treat algorithms as just another ‘audience’ and many of your fears will dissipate.

You may need to harness new skills for this, of course, but the good news is that you don’t need to become an expert in algorithms; you simply need to know how to identify those experts and persuade them to join your team.

As machine learning systems perfect their algorithms and write new ones, they will likely create a competitive advantage that will be difficult for late entrants to address. As a result, it’s imperative to get started soon in order to avoid being left behind the curve

If you’d like some help getting started, feel free to get in touch with me on Twitter.

Sadly, it’s almost inevitable that these technologies will result in job losses, just as the Industrial Revolution did 250 years ago.

Humankind survived that transition though, and provided we don’t use AI to wipe ourselves out, there’s every likelihood we’ll survive this revolution, too.

It’s often said that it’s not the strongest of species that survives, nor the most intelligent, but the one that’s most adaptable to change.

And if we can adapt to this new reality we’re creating for ourselves, we won’t just survive; we’ll thrive.