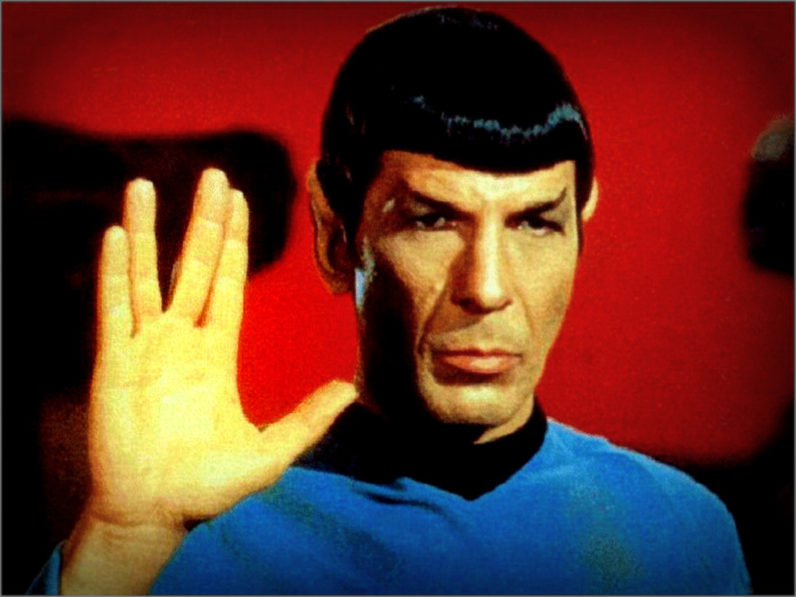 At tech festival Brain Bar in Budapest, Péter Árvai, CEO and co-founder of Prezi, gave a talk titled “Embrace automation?” where he argued that being replaced by machines doesn’t have to be a bad thing — if we choose the right sci-fi movie future.

Arvai argues that we need to rethink our definition of work first and move society towards finding ways to make automation of jobs work in our favor.

To illustrate how we’ve done this in the past, Árvai talked about when his grandmother got her first washing machine. Instead of having to hand wash soiled baby clothing for hours on end (babies poop a lot), she could simply put it in her washer and could instead use her time to do paid work.

This could continue in the future, but we’ll need to create new purposes for humans in a technologically driven future. Árvai believes science fiction has a lot to offer when it comes to shaping that future vision.

What is work, really?

Up until now, machines have mostly taken over our unpaid jobs, making our lives much easier. What people are afraid of now is that machines are gunning for our paid jobs, not only the menial ones.

No matter how frightening this might seem, Árvai is positive we won’t miss the jobs robots and AI will take away from us:

We need to start thinking differently about work. As we saw from my grandmother’s example, it isn’t necessarily what you get paid for. In fact, we might have to open our minds up to this idea again.

No matter how frightening this might seem, Árvai is positive we won’t miss the jobs robots and AI will take away from us.

Many people have focused on the financial issues of automation with suggestions like robot-tax or universal income, but this doesn’t answer the fundamental question of work according to Árvai, which is “can we fix the future of work so it doesn’t come at the expense of our happiness?”.

Only 13 percent of people worldwide say that they’re engaged with their work, US being the highest with merely 29 percent, according to a study Árvai quoted. Without uninspiring jobs to fill our time, humans will have to find new and fulfilling ways to live life — just like in Star Trek.

The good news, according to Árvai, is that we know more now what actually makes people happy than we did in the past. The bad news is that the science isn’t precise yet, but that shouldn’t stop us from trying to improve our work experience.

Árvai says, however, that the direction is pretty clear and he’s found three main goals that should help people live more fulfilling lives. Both the Prezi team, who work on solutions for workplaces, and Árvai as an employer want to try to help people reach these goals:

Achieving the first goal helps us reach the other two. We need to sleep well, eat well, and be able to grow as a person to have a fulfilling life. Possessing optimal energy then allows you to nurture the personal relationships in your life, combating loneliness which “pretty much equals unhappiness”.

The final goal might be more difficult to achieve, trying to cut through the noise and connect the dots that matter to you. Anybody who’s tried to achieve happiness with these goals knows this is hard work, even though you don’t get paid for it (yet?). But if we don’t incorporate these aspects into the future of work, we’ll keep wasting human potential, because 13 percent engagement is a waste of mental energy.

That’s where Star Trek comes in. For Árvai, these goals act as guidelines, but to complete the picture we need a vision for the future. The Star Trek and Star Wars universes offer perfect examples of hugely different visions in a technologically automated world.

These universes have what we can actually achieve in our lifetime. They have extremely good AI and the people don’t need to go hungry because technology can provide for them. But what do they use their freedom from labor for?

Árvai sums Star Wars up as a struggle for power (‘Wars’ might have given it away), while the people of the Star Trek universe are motivated and guided by the expansion of human knowledge. Of course there are some power struggles in Star Trek, and Star Wars has the enlightened jedi, “but they’re not the ones guiding the entire story”.

Star Trek has therefore more in common with the three goals above than Star Wars, as they’ve managed to include them in their vision of how humans should live. The shows best-known catchphrase is even “Live long and prosper”!

So the question we’ll need to ask ourselves about the future of work could be: “Do we want to prioritize our lives and education in favor of a Star Trek technological future, or a Star Wars one?”

It seems like the Trekkies are favored to win.