While the current administration focuses on bringing jobs back to the United States from China and Mexico, the real threat to job loss already resides within our borders.

According to a study by two Ball State University professors, 87 percent of all manufacturing jobs lost from 2000 to 2010 weren’t due to globalization, but robots. All told, some five million fewer manufacturing jobs exist today than in 2000, a problem government leaders are mostly ignoring. TNW alum Martin Bryant likened it to ‘recklessly putting their heads in the sand‘ when describing politicians’ views on automation.

Brooklyn-based Voodoo Manufacturing offers a peek into what this future could look like.

The 3D printing company consists of nine printers mounted on server racks, a track where a robotic arm harvests finished plates, and a plate “hopper” that feeds new, clean plates to the robot as needed. This is forward thinking, as 3D printing isn’t laborious, per se, but it does require human intervention.

Unfortunately for most humans, these are exactly the types of menial jobs best handled by robots. 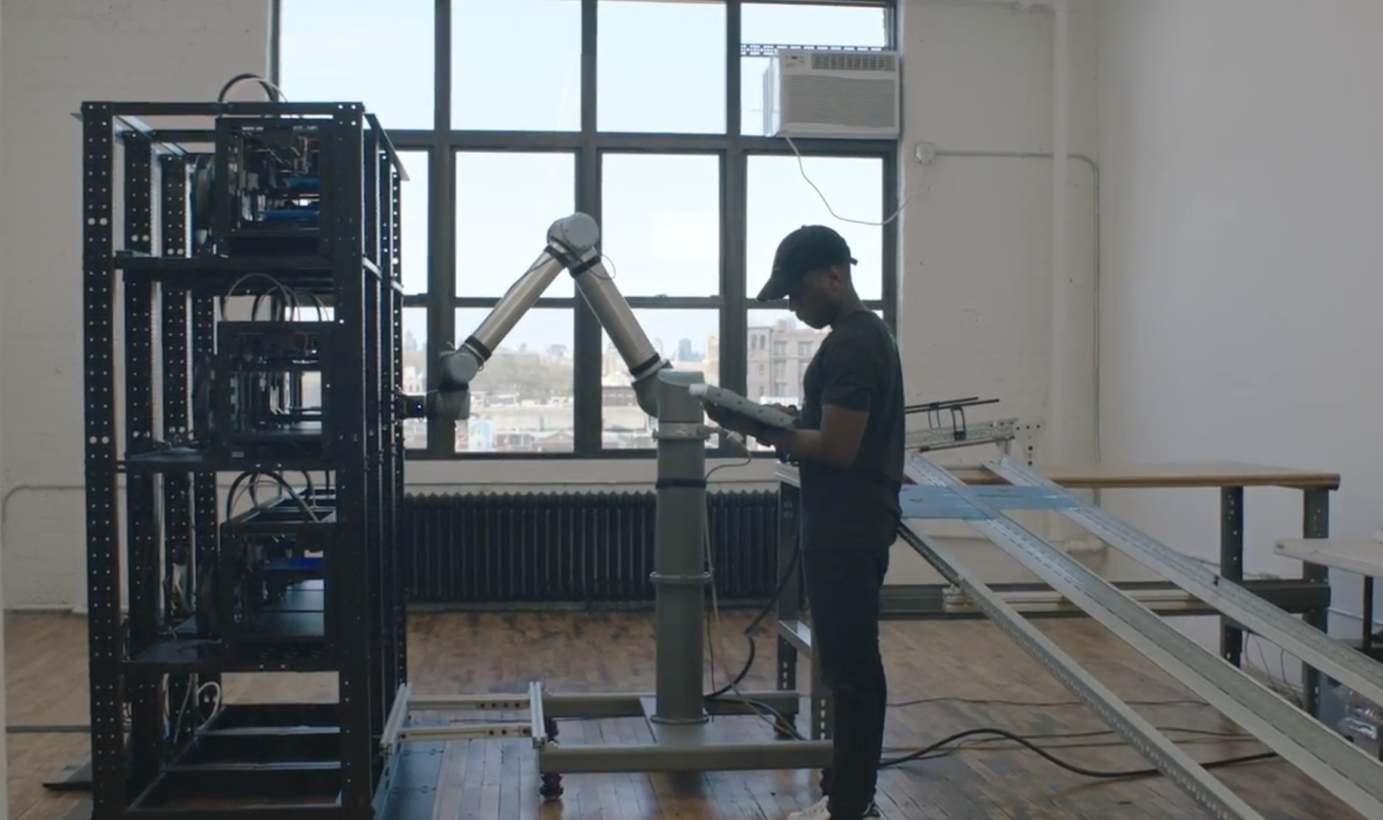 Whether you choose to embrace it is up to you, but there’s no denying it’s coming. Humans simply can’t match robots in output at scale.

“Today we have about a 30- to 40-percent utilization rate of our factory,” explained Voodoo Manufacturing CPO Jonathan Schwartz.  “We’re hoping to push that to 90- to 95-percent over the next three-to-five years.”

This sort of efficiency before the automation age was unheard of. Now, it’s not only a possibility, it’s a near-certainty. And it’s hard to blame a company aiming to cut costs while improving output. Business, after all, isn’t charity, and global competition is making it harder to compete than ever. If robots offer an edge, businesses are likely to take it.

But maybe we’re focusing on the wrong things.

Once we let the cat out of the bag, which we assuredly did in the push toward automation, it’s not something we can undo. While we attempt to write off job loss to globalization — a petty tactic used to distract, not inform — maybe it’s time to recognize the true cause. And once understand where our jobs are going, maybe then we can put our collective heads together to find out a solution for a newly unemployed workforce.

It’s time to adapt, to create a future that’s both cognizant of what’s coming while impervious to the fear-based rhetoric that surrounds it. Automation is a good thing, or it will be at some point. There will be hurdles, and we will overcome them. But the conversation can’t get underway, at least not in an impactful way, until we quit trying to shove the cat back into the bag.

As for the solution, I don’t have one. But automation is coming, and it’s time we stop pretending we can stop it. It’s time to leap, while at the same time figuring out what this new landing area looks like.

Bring on the robots.