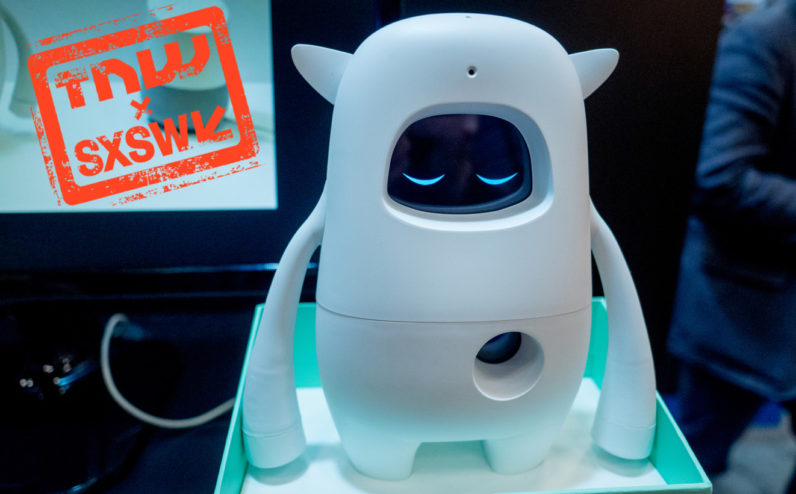 As connected devices go, most aren’t much to look at. Echo, Google Home, and others are functional, but aesthetically they don’t do much to move the needle. I’d call them neutral, at best.

Musio takes a unique approach that’s not all that unique anymore. I’ll explain. Ever since connected devices have been a thing, manufacturers fell firmly into one of two camps: the functional, and the aesthetically pleasing. The latter camp had utility, but only because of the work done by the former. Find me an anthropomorphic (or cartoonish) smart assistant with features Echo doesn’t have and I’ll gladly shut the fuck up.

You done yet? Good; let’s continue.

A reporter can’t walk more than nine steps at a trade show without running into one of the goddamn monstrosities. They’re. Literally. Everywhere.

Design runs the gamut from the outright creepy, to Musio — which I saw today at SXSW — a newfangled smart hub that I’d imagine is what would happen if Eve from Wall-E and your Teddy Ruxpin doll from 1995 had a few too many and hit it off in the back of an Uber. Its simple white body is accented by an LED screen that features eyes — for some reason — and a “personality” which seems to mostly consist of checking your calendar and making fart noises. Don’t get me wrong, I can get behind both of these things.

Musio’s cute, it’s functional, and the plan is to make it modular. All are ideas I can get behind. Amazon Echo with add-on modules? Sign me up.

I’m a design-first kind of guy, so I’m actually confused as to why I hate these things so much. Maybe it’s the fact that none are as good as the things they’re seemingly trying to replace, or perhaps it’s my innate fear that one is going to steal my soul while reading my reminders and staring at me with those dead LED-illuminated eyes.

Or, maybe I’m secretly in love with them and I can’t even admit it to myself yet.

But seriously, after seeing a few dozens of these you really have to ask yourself: do we really need a repackaged Google Home with fewer features and a prettier shell?

Read next: Windows 10 will soon let you try apps without installing them first