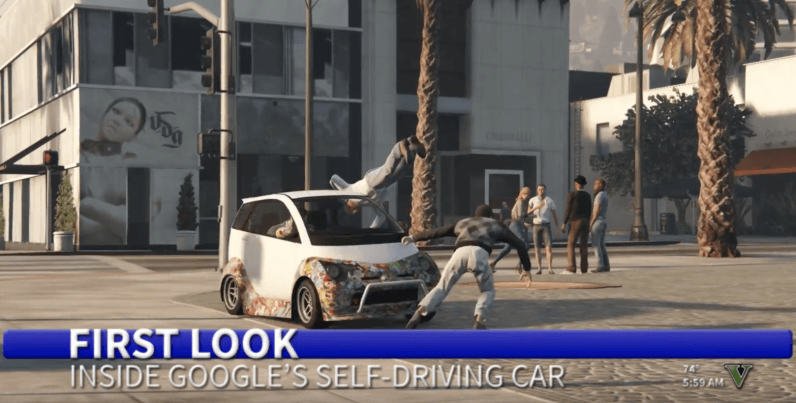 Until recently, if you wanted to learn to develop complex artificial intelligence for a self-driving car, you had to work for a company like Google or Tesla, or skate by on theoretical knowledge from courses and textbooks.

OpenAI filled some of the void last year. Launching with over 1,000 flash games, Atari 2600 games, and 80 browser environments, the company sought to narrow the gap between theoretical and practical through use of simplistic simulation. Unfortunately, old school racing sims and Atari games could only take you so far.

Today, though, the DeepDrive project made it possible to begin using GTA V (Grand Theft Auto) as a digital proving ground for AI modeling — a move that opens the doors to autonomous car researchers for modeling behavior in real(ish) world conditions.

According to the DeepDive team:

The high fidelity and vast open world provided by GTAV also presents the most complex virtual RL environment to date for testing sensorimotor AI. This allows a new level of testing for safety in AI as existing environments don’t offer the same opportunities for reward hacking, distributional shift, and negative side effects. Finally, developing self-driving cars out in the open provides a level of transparency not usually seen in AI applications and in an area where it is crucial to have visibility into both the safety and correctness of the system.

Granted, I wouldn’t want the machines to ‘learn’ from my GTA V habits, but careful in-game planning and precise driving can aid researchers aiming to lay the foundation for programming on real cars.

Read next: Facebook could be working on a project that reads brain waves to communicate thoughts