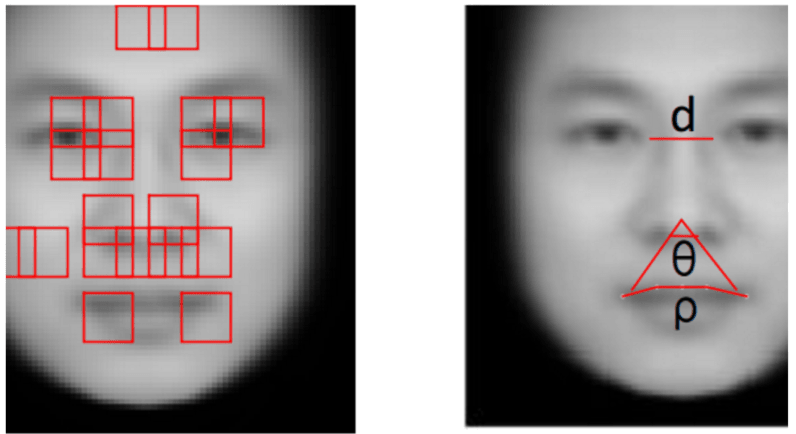 With the advent of photography, a tiny fraction of 19th-century scientists believed they could develop methods of accurately identifying criminals by their facial features. While their hypotheses were eventually discredited, new artificial intelligence technology suggests their claims might’ve been valid after all.

Xiaolin Wu and Xi Zhang from Shanghai Jiao Tong University in China have resurrected this facial recognition tradition and built a neural network that can supposedly pick out criminals by simply looking at their faces.

To accomplish this, the researchers used an array of machine-vision algorithms to examine a series of facial juxtapositions between photos of criminals and non-criminals with the goal of finding out whether a neural network can reliably tell them apart.

In the process, the scientists fed the neural network a total of 1856 ID photos of men with no facial hair between the ages of 18 and 56, only half of whom had a criminal past. The researchers only used 90 percent of the photos to train the AI to recognize the differences between the two groups, and used the remaining 10 percent for testing purposes.

The outcome was impressive. Apparenly, the neural network could tell criminals apart from non-criminals with a stunning accuracy of 89.5 percent.

“These highly consistent results are evidences for the validity of automated face-induced inference on criminality, despite the historical controversy surrounding the topic,” the researchers say.

As MIT Technology review explains, there are three defining facial features the neural network factored in to make its classifications:

What’s exceptionally intriguing is that, in comparison to non-criminals, criminals tended to exhibit a much greater variance of facial features between each other.

“In other words, the faces of general law-biding public have a greater degree of resemblance compared with the faces of criminals, or criminals have a higher degree of dissimilarity in facial appearance than normal people,” Xiaolin and Xi further remark.

While controversial, the outcome of the research is hardly surprising. If psychologists are right to suggest humans can make out criminals from non-criminals, machines should be capable of this too – especially, since neural networks are modeled after the human brain.

Still, there’s too many question marks with regards to the parameters of this particular study to unequivocally trust its proposed method.

The photographic sample that was fed to the neural network is severely limited, to say the least – both when it comes to the quantity and quality of the photos that the AI parsed.

I’m not questioning that artificial intelligence technologies could one day have the capacity to perform various facial identification tasks with an impeccable record of success. But given how menacing it could be to label law-abiding individuals as potential security threats, it might be best to tread that path lightly.

Head to this page for more details about the scope and aim of the research. You can find a PDF of the full academic work here.