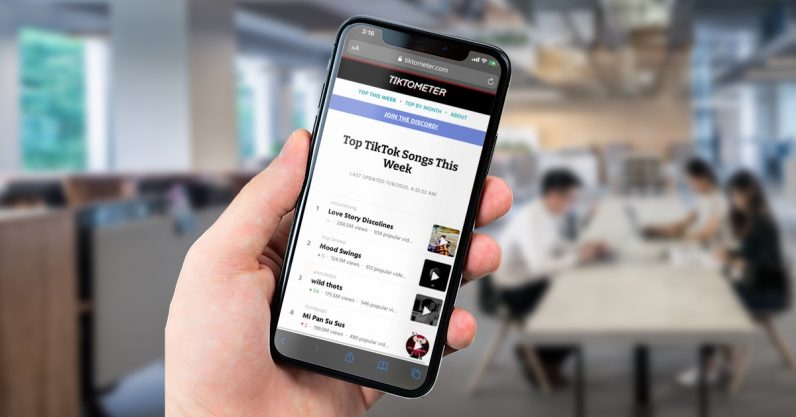 While TikTok has a lot of memes and sketches, music-based videos are a large part of the platform. It gave a push to hits such as Lil Nas X’s Old Town Road, Drake’s Toosie Slide, and Jawsh 685’s Laxed (SIREN BEAT).

It might not be possible to know all the trending songs on the platform. But now there might be a little help on the way. This new site called Tiktometer shows the top 30 trending tracks on the short video app for the week.

You can also check out the top 100 hits of past months starting from 2018.

The site says that it now has data points for more than 25 million top videos and 2.6 million users — 50 GB worth of metadata. It also adds that the play counts shown under these tracks might not be 100% accurate as it analyzes a subset of popular videos for top songs, but there might not be a major difference in rankings as other videos are estimated to count for only 4% of the play.

We might have Spotify and Apple Music chart but today, TikTok holds a lot of cultural relevance. So it’s fun to know what songs creators are dancing to and making memes from. The short video platform also accepts music from all cultures so, it might be a nice list to check out these charts and find hits that might originate from different countries.

You can check out the site here.

Read next: Instagram kept your DMs and pics long after you deleted them