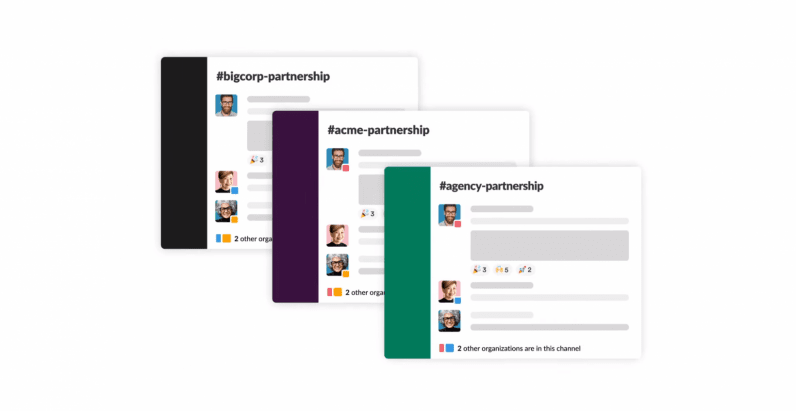 Email is slow, but when it comes to communicating across organizations, it’s pretty much the best we’ve got. Now Slack thinks it can do you one better with Slack Connect.

On the surface, the idea appears pretty simple: Slack Connect allows up to 20 organizations to communicate via Slack channels.  The organizations can link up for streamlined communications that should be much faster than the back-and-forth of email, not to mention the ability to communicate in as many emoji as you consider professionally acceptable.

But there are several complications with this idea, which Slack said it’s been working on over the past four years to mitigate. Different organizations have different security protocols and requirements for storing communication data; imagine communications between a start-up, a bank, and a legal team, for instance.

Slack says it’s had to rehash its infrastructure to allow every organization to be able to meet its particular standards while enabling seamless communications with others. It also required some redesigning of the interface to make it obvious when you’re communicating outside of your organization, and who is privy to these conversations. The company is also working on linking calendars between organizations; upcoming Outlook and Google Calendar integrations will allow Slack to scan calendars across companies and suggest available meeting times.

Slack says it’s been testing the feature in a wider beta with over a million users the past several months, with everything from government agencies and to conversations around its own funding rounds. Aside from the obvious speed benefits of communicating via the app, the company notes that its platform heightens security on a basic level: 90 percent of data breach comes from phishing attacks, according to Slack. To that end, Slack also said it’s working on a Twitter-like verification system so that you can always have a clear indication you’re linking up with the right people.

Slack was launched with the goal of reducing our reliance on email. For businesses on Slack that need to partner with other businesses on Slack, Connect could be a major step towards that goal. The feature is available starting today for paid Slack users, though free users will be able to run an ‘extended’ trial as well.