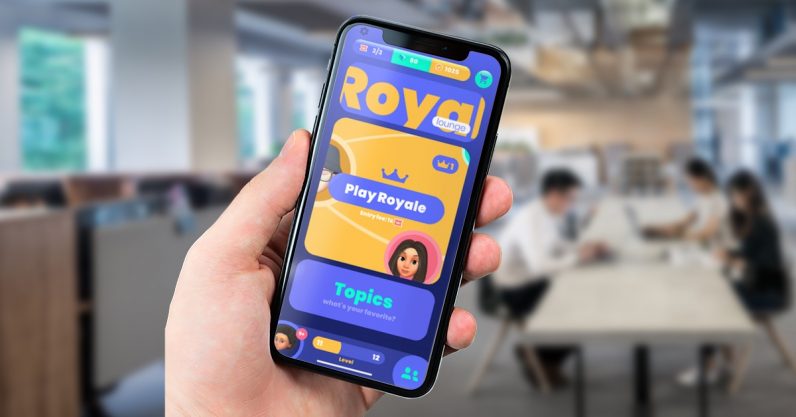 In 2013, Plain Vanilla Games launched QuizUp for iOS, and the trivia game was an instant hit. While the company was sold off, the team behind the game started a new firm called Teatime games, and they’ve just released a new quiz game called Trivia Royale.

Games such as Fortnite and PlayerUnknown’s BattleGround (PUBG) have enjoyed massive success from the battle royale format. And now it’s being adapted to quizzes.

I’ve been playing Trivia Royale for a week, and I’m hooked to it. It’s not your classic 100-people in a game royale format. Instead, nearly 1,000 people join a quiz battle at the start. You’ll have to play a one-on-one quiz against other players to survive multiple rounds and come out on top as a winner.

You have to answer five questions to win a round against your opponent; quicker you answer the question, more points you get. And since the last question offers you double points, the game gets very intense. A lot of times, I won because I answered the last question quickly, or built up a lead over the first four questions.

If you end up winning one of the ‘Royales,’ you can hang out in a special lounge with other players who’ve won at least one trophy.

There’s also a section in the app that lets you play quizzes with anyone on particular topics such as geography, movies, sports, logos, and tech.

I’m not a massive fan of PUBG or Fortnite, I play those games once in a while. But I played Trivia Royale many times in the week, and I can see myself playing it more over the next few days.

Teatime Games is releasing Trivia Royale for iOS for now, with the Android version in works.

Read next: If you want to be a project management Black Belt, this Six Sigma training is essential