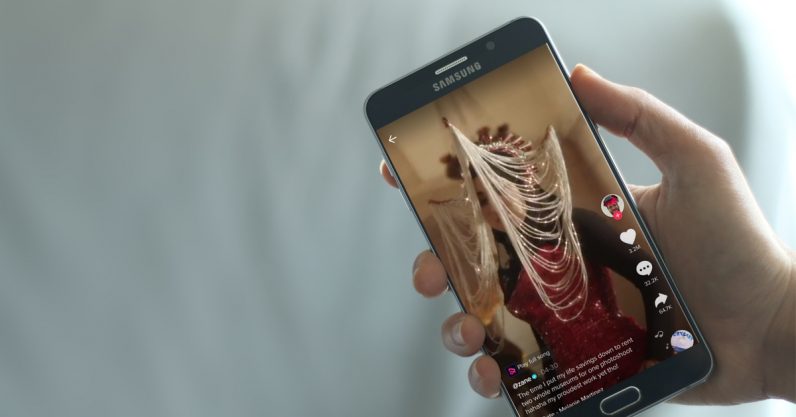 Earlier this year, TikTok-owner Bytedance launched its music app Resso in India. At that time, Resso’s team said that at the moment there’s no plan for integration between both apps.

However, that seems to be changing. TikTok usually shows the original soundtrack used in the clip in a ticker below. But now, it also includes a shortcut to Resso if the song is available on the music streaming app. If you tap on that, you will be redirected to Resso, where you can listen to the full song.

[Read: A look at how Jitsi became a ‘secure’ open-source alternative to Zoom]

What’s more, Resso, shows you the back button, so you can go right back to TikTok and resume watching videos.

While this integration is beneficial for both apps, Resso has more to gain from it. The music app is relatively new, and not a lot of TikTok users might have it. So, they would be redirected to Play Store or App Store to download it. India’s TikTok’s biggest market with more than 200 million monthly active users, so even if a few of them download Resso, it’s a win for Bytedance.

A TikTok spokesperson told TNW that this feature is currently in the beta testing phase:

As a platform built on innovation, our constant focus is to work towards enhancing the in-app experience of our users. We are currently in the beta testing phase and are early in the process to share any further details.

TikTok played a key role as a hitmaker for a lot of artists and songs, notably Lil Nas’s Old Town Road, Drake’s Toosie Slide, and more recently, Melanie Martinez’s Play Date, which is a 2015 song. So rather than have people listen to these songs on Apple Music, Spotify, or YouTube, Bytedance wants to leverage Resso and make it an ecosystem play.

Read next: All you need to know about CRM — and the common pitfalls to avoid