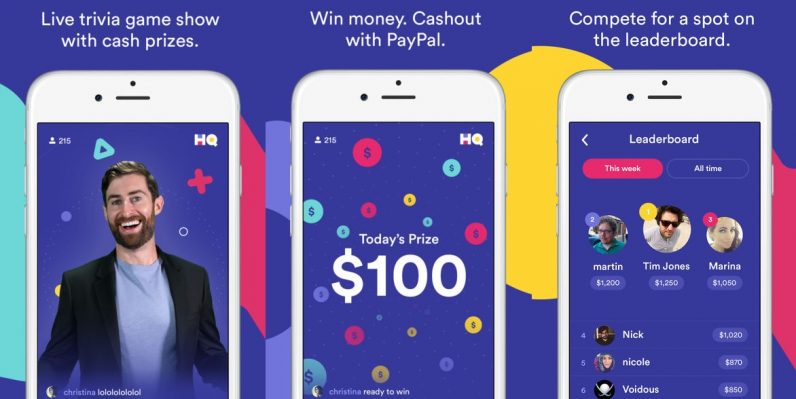 HQ Trivia, the once-popular live quiz app, is making an unexpected comeback. This announcement comes just after a month of the company announcing that it’s shutting down the app.

Earlier today, Rus Yusupov, co-founder of the company tweeted that there will be a new show at 9 PM ET tonight; the show’s host, Matt Richards, confirmed this development in another tweet.

Bringing @hqtrivia back tonight with @mattwasfunny!! 9p ET on the HQ app

Yo. You heard??!? @hqtrivia is back tonight at 9pm eastern! Download the app now! Also if you been waiting to cash out, you’ll be able to this week! 💵💵💵💵

According to a report by The Verge, this isn’t a one-off show, and the company‘s back for good with plans for regular shows. At the moment, the firm is not revealing any details about its new investor.

[Read: How chronic stress changes the brain — and what you can do to reverse the damage]

The company originally started in 2017, and became popular doing live trivia shows with cash prizes, allowing millions of users to participate in quizzes just like on TV, through their mobile phones. In 2018, the company went through a lot of controversies including employee complaints about aggressive management and co-founder Colin Kroll’s death.

Last month, Yusupov sent an email to staff stating that the company was shutting down, as “lead investors (were) no longer willing to fund the company.” However, just days later, he tweeted that he had found a potential new investor and the company would be back in action soon.

We’ll have to wait and see how long the app lasts this time. If nothing, we have another way to pass time during the quarantine.