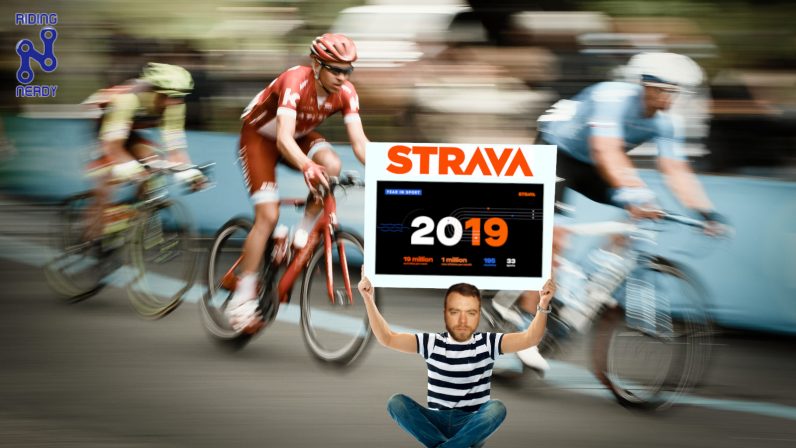 It’s that time of year when seemingly every tech company publishes a “year in review” where they look back at achievements made on their platform. This week was fitness app Strava’s turn when it released its Year in Sport review for 2019.

One of the great things about Strava, security infringements aside, is how it casts a light on the sporting achievements of people from around the globe. Achievements that would otherwise likely go unnoticed.

Some are quite staggering indeed. Here’re some of our favorites.

According to Strava, more than 3,000 individuals gained more elevation than the height of Mt. Everest in a single activity. In other words, 3,056 people climbed more than 8,848 meters in just one Strava activity.

In one case, skier Kilian Jornet climbed the equivalent height of Everest more than two and half times. It did take him over 22 hours, though.

Strava’s figures also uncovered that cyclists who ride with friends cover twice the distance than those that ride alone, on an average ride. They ride 6 percent faster too.

Cycling is universally popular in Europe, so perhaps you’d think most group activities would take place somewhere like the Netherlands, for example. Well, you’d be wrong.

In one case, runner Dan Wehunt set a record for the fastest mile run on Strava with a dog. What a good boi!

Whilst 34-year-old Kenyan runner Eliud Kipchoge set a new record for the fastest recorded marathon time, running the 26.2 mile (ca. 42 km) distance in 1 hour 59 minutes and 40 seconds, Strava athletes were setting records of their own.

The award for the fastest marathon uploaded to Strava goes to Scott Fauble. Fauble took the title with his run at the Boston Marathon back in April, when he completed the course in two hours and nine minutes.

Sure that’s great and all, but what I personally found most impressive was the world record marathon run by Jeannie Rice. In 2019, Rice just so happened to set a new marathon world record for women aged between 70 and 74. She ran the Berlin marathon in 3 hours 24 minutes and 48 seconds.

As that sinks in: If you wondered how your times stack up against the rest of the Strava population, the average time for a marathon on the platform was 3 hours 58 minutes and 25 seconds.

One of the most notable came from 24-year-old Fiona Kolbinger who became the first ever woman to win the overall classification of the Transcontinental, a 2,500 mile (ca. 4,023 km) self-supported bike race across Europe.

She completed the event in 10 days 2 hours and 48 minutes. That’s an average of more than 200 miles (ca. 322 km) per day. If that wasn’t impressive enough, while Kolbinger is clearly an athlete in her own right, it’s not her full-time job; she has to fit training around her student career as a cancer researcher. On crossing the finish line, she said she was “so surprised to win.”

If you use Strava let us know what some of your highlights were for last year. We love hearing about awesome human achievements.

Read next: Artificial intelligence isn’t just sci-fi. Learn to use it yourself for under $40.