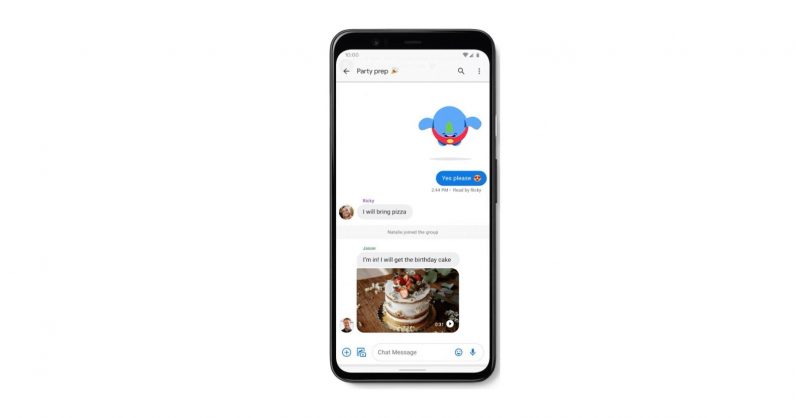 Rich Communication Services (RCS) has been a long time coming. Billed as the future of text messaging and the technology that will eventually replace SMS and MMS, it’s been Google’s pet project as the way to ‘fix’ messaging on mobile devices ever since the company gave up on Hangouts and Allo. Instead of using a separate messaging app, RCS works just like regular old texting, except it adds a bunch of features usually only available in apps like WhatsApp or Messenger.

Unfortunately, carriers have been slow to implement the technology, looking to differentiate themselves from the Google-led standard with their own take on the technology. Google decided it was done waiting when it rolled out the technology in the Android Messages app for the UK, France, and Mexico earlier this year. Now it’s doing the same in the US — its largest market.

As a recap, RCS adds features like read receipts, WiFi connectivity, high-res media, and better group messaging to your texts – essentially bringing the functionality of full-fledged messaging apps to the most basic way of communicating via written messages on our phone. Unfortunately, RCS does not support end-to-end encryption, making apps like Signal and WhatsApp safer options if you want to limit the chances of the feds or miscreants snooping in on your texts.

Google says it’s rolling out RCS widely in the Messages app starting today, and it should work on any Android device so long as you’re using the Messages app. It expects the feature to be fully available by the end of the year. If you don’t feel like waiting until the feature hits your phone, you can use a workaround; Android Police has a good guide here.

Upgrading messaging on Android in the U.S. with RCS on Google

Read next: Elon Musk says Neuralink can 'solve' autism with a brain chip. We call BS