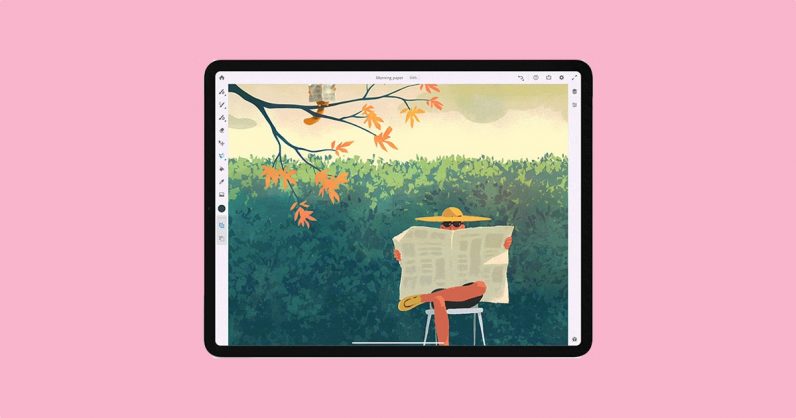 Game streaming platforms such as Twitch are quite popular now. So, if gamers get to show off their skills live, why can’t artists stream what they are drawing.

Adobe is now building a live-streaming feature in its Creative Cloud apps. The company made this announcement at its MAX event earlier this week. It has already shipped the feature as a beta version in Adobe Fresco, an iPad app for painting, to select users.

The company’s Chief Product Officer, Scott Belsky, told The Verge while the feature is similar to live-streaming on Twitch, people who’ll be watching this live stream will be interested in tools being used by the artist:

When you see a live-stream of someone in our products, you want to know what tool they’re using — when they use the tool and when they stop using it — almost like a form of the waveform of video.

Adobe currently has a program called Adobe Live, which lets featured artists host a live stream on Behance and YouTube. However, the new live-streaming feature will open it up for all artists.

There’s no detail as to when this feature will be rolled out to everyone, and when it will be shipped to other apps in Creative Cloud.

We’ve asked Adobe for more details, and we’ll update the story if we hear back.

Read next: [Best of 2019] Meet the scientist who thinks we all exist in multiple universes