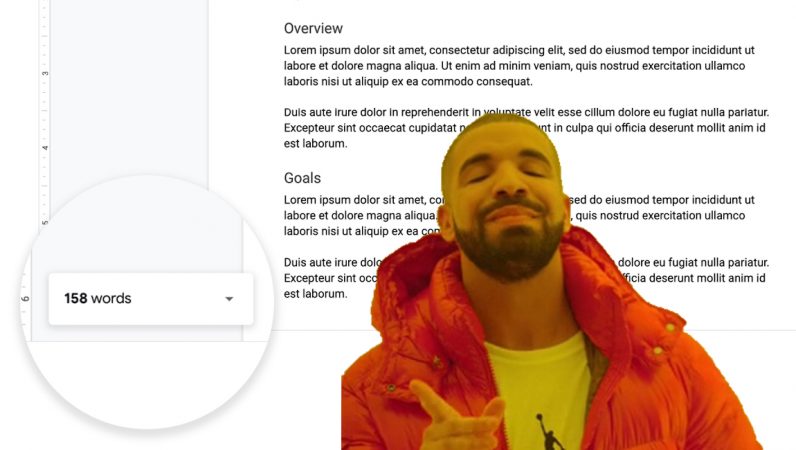 I dig Google Docs a lot. It’s free, lightweight, great for teamwork, and directly available in any browser. There’s still one thing I passionately despise about it, though: it has the crappiest word count UI of all time. But fortunately, things are about to change.

In a new blog post, the Big G announced Docs will soon display the word count as you type in a dedicated section at the bottom of the interface – without any need to resort to shortcuts or annoying menu settings to see how many words you’ve jotted down. Fabulous.

Previously, the only way to check the word count was to head to the ‘Word Count’ feature under the Tools menu – or to use the shortcut (Cmd + Shift + C on macOS and Ctrl + Shift + C on Windows).

Here’s how the new UI will look:

Google says the feature will be enabled by default once it rolls out to users (more on that further down), but you can also turn it on (or off) yourself by heading to Tools > Word Count and ticking off the ‘Display word count while typing’ option.

For what it’s worth, Google is only catching up with the competition with this move. Indeed, the same feature is already available in text editors like Dropbox Paper. Who uses that, though? (Seriously)