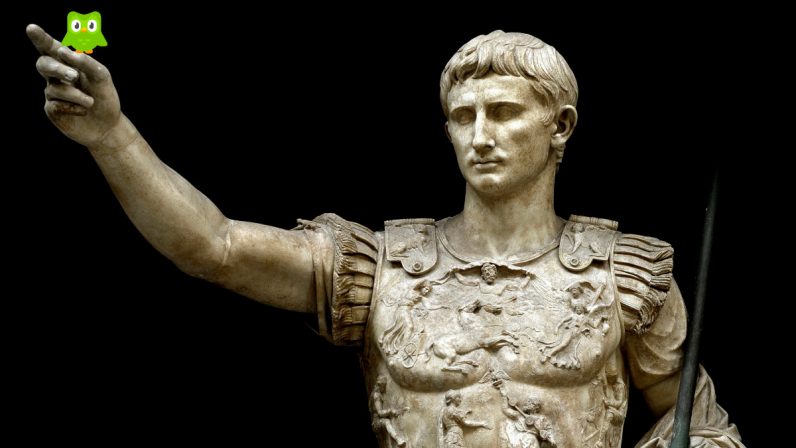 With over 300 million users, Duolingo is arguably the biggest language learning website around. And while it can teach you to parle français and hablar español, the site also offers courses in more esoteric languages, like Klingon, Esperanto, and as of today, Latin.

Although Latin is no longer spoken as a native language, its influence (and relevance) remains strong. It’s the basis for all romance languages, like Spanish, Italian, and even Romanian. Latin terms are dotted throughout the fields of medicine and law. And in some areas, the Roman Catholic Church still offers traditional Latin masses alongside those conducted in other contemporary tongues.

Latin is also often found in mottos, particularly those adopted by sports team and universities. The motto for my alma mater, the University of Liverpool, is “haec otia fovent studia,” which translates to “these days of peace foster learning.” On the crest of my favorite football team, Everton, is the term “nil satis nisi optimum,” which means “nothing but the best is good enough.”

And need I mention “lorem ipsum?”

While you’re unlikely to use Latin on your next vacation, it’s a language that you inevitably encounter throughout daily life.

The Duolingo Latin course, which was developed with the Paidea Institute, works just like its other language courses. It introduces you to terminology and grammar through bite-sized lessons. As you progress, Duolingo cements all your progress through reinforced and repeated learning, as well as practical applications, where you use your newfound skills to translate phrases.

The company has already road-tested the Latin course with thousands of other users, and is now introducing it to a wider audience.

If you’re tempted to learn a new language (or you’re a classics hipster and you want to read Cicero in the original form), you can check out Duolingo’s Latin course from today. It’s available across its Android and iOS apps, as well as the standard Duolingo website.