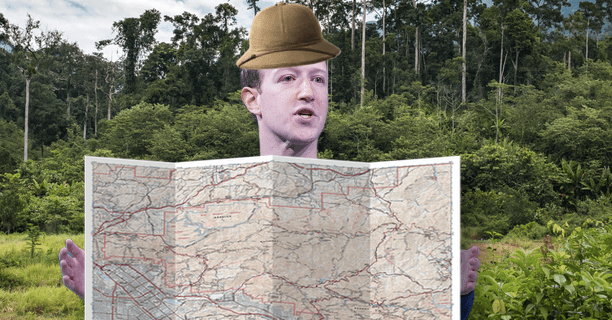 The social network spent two years in developing these tools, and is now making it available to OpenStreetMap community members. The program’s current marquee tool, called RapidID, lets you identify, add, and edit roads in a pinch.

Here’s how RapidID works. It takes satellite images from commercially available public images from Maxar, a US-based space tech company. Then, its AI model predicts the presence of roads in a given image and shows them on the map with a magenta overlay, along with existing roads with a white overlay. A volunteer can then click on any magenta road to edit or remove its properties.

To teach road detection to the AI model, the team drew existing roads on Maxar’s images. Then it created a 34-layer deep neural network (DNN) that can identify roads on satellite images at two square feet per pixel resolution.

This level of detail means it can spot unpaved roads, as well as alleys and even pedestrian pathways, and distinguish them from visually similar riverbeds or walls. We still have some false positives, of course, and this is where expert human judgment is needed.

To test out its model and tools, Facebook and OpenStreetMap mapped 300,000 miles’ worth of unmapped road in Thailand. It had experts and reviewers correct the AI’s predictions, and made changes to the model accordingly.

Apart from serving its commercial products like Facebook Marketplace and Facebook Local, the company developed these tools to help the Humanitarian OpenStreetMap Team (HOT) during natural calamities.

Many rural parts of the world are difficult to map on the ground. As I experienced in my previous work with the Red Cross, the challenges include remote locations, lack of power and internet access, and complicated economic and political environments. Map data gaps can affect everything, including disaster response, community planning, and helping the local economy.

You can read more technical details of the project here, and try out the RapidID tool here.