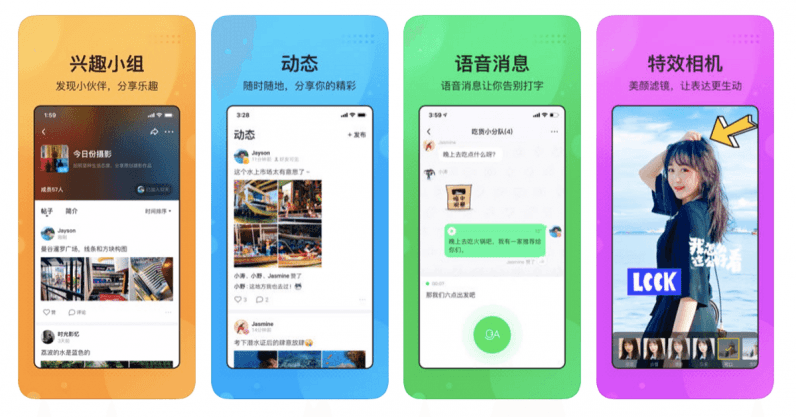 ByteDance, the world’s most valuable startup and the company behind popular apps like TikTok, has released a new app: Feiliao (飞聊). Or, if you translate it into English, Flipchat.

The new app has a clever spin on instant messaging. It encourages users to create interest-based chat groups based on common hobbies, likes and preferences.

A (rough) translation of its iTunes description reads:

Fly chat is an interest-based social app. Here you will find familiar [features like] chat, audio and video calls. In addition, you can discover your friends in the interest group and share what’s fun; as well as share your daily life and interact with close friends.

The app is available for both Android and iOS, although it appears to be exclusive to its home market of China.

ByteDance’s empire of social media apps have been growing steadily in the last few years. Post its Musical.ly merger last August, the TikTok karaoke video app surpassed one billion downloads earlier this month. Furthermore, it has retained its No. 1 position as the most downloaded app on the Apple App Store for the last 15 months.

The app’s popularity even spurred a Facebook clone called Lasso late last year. The short-video social app lets users record themselves dancing and lip-syncing to music, which is very similar to what they can already do on TikTok.

That’s not all. Feiliao’s release also comes just four months after the company rolled out Duoshan (meaning “many flashes”), a standalone, Snapchat-inspired video-messaging app. This allows users to record and send each other short videos that disappear after 72 hours.

Unlike the west, where users get to choose between different platforms and their products, people in China are forced to pick a side. It’s either Alibaba or Tencent for ecommerce, or Tencent or ByteDance for entertainment and social content.

Viewed in this light, the arrival of Feiliao further fuels ByteDance’s quest to become the most popular social-messaging app in China, a market dominated by Tencent‘s WeChat.

With more than 1.1 billion monthly active users, WeChat (called Weixin in China) has become an all-in-one app. Basically, it does everything from facilitating bill payments to car-hailing, from food delivery to ticketing, and much more.

As TechCrunch notes, Feiliao seems to be a lot similar to the Reddit/Facebook hybrid Jike (meaning “immediately”) developed by If Tech, of which Tencent is an investor. This app allows users to discuss specific topics in groups.

In a bid to counter TikTok, the Shenzhen-based company has also begun aggressively promoting its short-video app Weishi (meaning “micro videos”) over the past year. It even tried a Snapchat-like approach with Weishi spectacles. It’s a pair of smart glasses featuring a lens in the front corner that allows users to film from a first-person perspective and upload the recorded content to the Weishi app.

Tencent has also taken a very anti-competitive strategy to hit back at rivals. It took China‘s social media war up a notch back in January this year after it blocked download links to three rival social media apps, including ByteDance’s Duoshan, within WeChat‘s browser for “containing unsafe content and receiving user complaints.”

Jike – the aforementioned Reddit/Facebook clone – has been around since 2017, but its popularity has seen a bit of a decline in the past three months. As Chinese users continue to spend more time on ByteDance’s viral content platforms, Feiliao will give the company more ammunition to attract, and retain, Gen Z users.

With TikTok turning heads around the globe, it also positions them to grow its user base outside China, something WeChat has struggled to replicate. The race to give Chinese users their daily dose of news and entertainment has never been more intense, and ByteDance clearly intends to cash in on that trend.