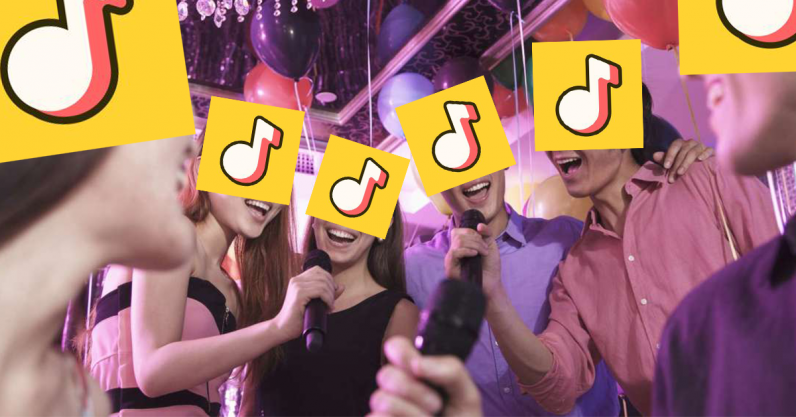 I used to get so damn excited about apps. I spent hours downloading ridiculous flashlights and mind readers and guessing games, but then, I plateaued. Little blew me away. Thankfully, something amazing has arrived on the scene: Music Meetup.

Reported on by supchina, it’s an app that connects six strangers to sing a song. It works like this: people log onto the app and hear a user-sung clip of a big tune. After that, they have to sing the succeeding verse.

An AI then rates the quality of this warbling, giving the individual a thumbs-up or thumbs-down depending on their performance. After around ten minutes has passed, a winner is crowned by the robotic overload.

To me, it seems like a cross between The Voice, Tik Tok, and a terrifying future where artificial intelligence judges our every move.

Well, check out this video:

And then have a look at this full session (which includes someone in a Deadpool costume):

And is it actually called Music Meetup?

Not precisely, as it doesn’t have an official Western name. In China, it’s known as 音遇 (yīn yù), but Music Meetup is a literal translation from the folks over at supchina.

When I typed “音遇” into Google Translate, it came out as “occasion,” but I’m going to put my trust in the experts here and keep calling it Music Meetup.

So just how popular is it?

For a little while it was massive. And while it reportedly still has millions of daily uses, its popularity among new users has waned somewhat.

The above graph from App Annie shows the download ranks in the Chinese iOS store over the past 90 days. The light blue line is the social networking category, while the darker one is the overall iOS store.

Through mid-December and January, Music Meetup was at the top of the world for downloads, but recently its been sliding down the overall rankings, even if it remained roughly consistent in social networking.

Well, supchina collated some thoughts from experts on Music Meetup, who believed that the experience has shallow gameplay, meaning it won’t keep people hooked for long.

They also pointed out that the nature of the game (you know, singing out loud), excludes a certain type of person from joining in, which would limit its upper ceiling.

Could Music Meetup ever find success in the West?

I doubt it. Do I believe it could make a splash and then disappear? For sure. Would I love to give it a go? Hell yes. But will it find sustained success? Doubt it.

Culturally, the idea of public singing is not as acceptable in the West as it is in the East. Hell, anyone who has gone to a Karaoke night in the UK will understand the amount of alcohol required to get people to mumble along to their favorite song. And doing it during your work lunch break on your phone? Good luck.

Basically, Music Meetup is exciting, cool, fresh – far more than any other apps I’ve come across recently. Just don’t expect to see it top an app store near you.

Read next: Everything we know about Apple's unexpected March 25 event