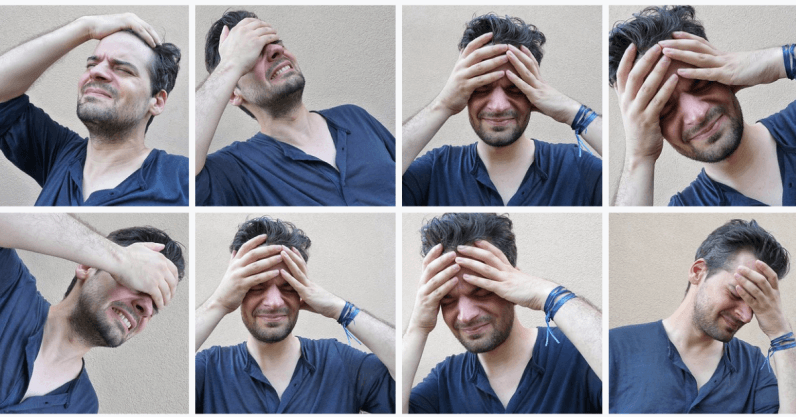 A new year is the best time to get your life in order. You’ll work out more, read better books, be more productive, drink less, floss… and it always pans out. Right?

Well, this year it’s definitely going to work. We’ve gathered a list of the apps and tools our productivity-challenged staff hopes will make them more productive in 2019 — you’ll need to take care of the flossing on your own.

Abhimanyu Ghoshal — I’ve tried loads of note-taking apps, but Google Keep is my go-to for everything from jotting down details in a hurry, to brainstorming ideas for articles, all the way to making to-do lists.

It’s available for free on every device I use, auto-saves everything I type, and most importantly, has an incredibly useful widget for Android home screens. You can use it to start a new note or scroll through your notes and lists without having to launch the app.

Sure, you can find more capable apps for writing and managing your tasks, but none of them combine these functions as elegantly as Keep. The interface is easy enough to get used to without a tutorial, and you can organize your notes with as much — or as little — care as you’d like.

If you’ve been meaning to start getting your life in order in 2019, this is a great way to go – and it’ll cost you nothing.

Side View for Firefox

Már Másson Maack — I was jealous of Abhimanyu’s beautifully structured life when I saw his notes in Google Keep. I want to increase my work and personal productivity in 2019,  so I decided to ditch my previous system (indecipherable notes spread around my desk) and get on the Google Keep wagon.

The app itself was good, there was just one problem: I never checked it when I was working on my laptop. Out of sight, out of mind. It didn’t matter how many productivity-inducing notes I made, they didn’t help me because I forgot to check them. That’s where Side View for Mozilla’s Firefox browser comes in.

The test project lets you send websites and links to your Firefox sidebar for better multitasking. I constantly have a web browser open, whether I’m working or not, so squeezing in import stuff in the same window really helps my productivity and keeps me from forgetting crucial notes.

Side View will be my key to a productive new year! Although, now that I think of it, it also makes it easier to watch YouTube videos while I work…

Anouk Vleugels — I have the annoying habit of unintentionally checking my work email late at night. I could be cuddled up at the couch, re-watching some Veep episodes, and boom! Accidentally opened my inbox. Which is fine, unless there’s some pressing email that begs for my immediate attention. Something I can’t put out of my mind until I’ve actually resolved the issue.

I know that’s a problem in itself — I should be able to just ignore it — but unfortunately, this realization doesn’t help me fall asleep any faster. What does help, however, is to not be confronted with late-night emails.

Enter Adiós. This startup developed a free tool for Gmail (and other Google-based inboxes) that hides your incoming emails until set times. You decide at what time and how often they show up in your inbox, for example at 7am, 1pm and 5pm. Adiós suggests to pick three times a day, but you can pick anything from once a day to receiving emails once an hour.

Does this mean you can’t check your emails if you need to? Nope. In fact, it’s rather easy to get to them: Just look for the ‘Adios Stashed Emails‘ folder in your inbox. But accidentally checking your email and ending up tossing and turning, like I used to do, becomes a thing of the past.

Callum Booth — I’m not quite 30, but I’ve noticed something strange happen to me over the past few years. Yes, I’m getting more aches and pains. Yes, my ears are hairier. But no, that’s not the point.

Basically – and don’t spread this around – I’m becoming an adult.

Okay, I still laugh whenever I see “69” and believe people falling over to be the height of comedy, so it’s not all bad. But changes are happening. And one of those is actually shopping for food.

Gone are the days where I’d just grab a microwave meal every evening. My fridge is actually filled with vegetables. You know, vegetables. And now I’m living with my partner (we even have a joint card smh), coordinating shopping is even trickier.

So, in 2019 I want to continue my adulting and make shouts of “WHAT THE FUCK HAPPENED TO THE AUBERGINE?” a thing of the past. And it’s within my reach. I want to start using Out Of Milk, an app that lets you sync and share a shopping list, so you’ll always have a fridge full of olives.

Anyway, I’m off. Where are my slippers?

Rachel Kaser — I live in an American state where the average daily temperature can go into three digits consistently most of the year. Texas, baby — it hot! Add in an unfortunate predilection for caffeinated drinks and salty food (the fact I basically bleed barbecue sauce is a problem for another app), and you’ve got a recipe for perpetual dehydration. That might sound like a lifestyle problem, rather than a productivity one, but here’s the thing: lack of hydration leads to headaches, muscle cramps, and a general sense of fatigue.

There are a lot of water tracking apps out there, but I eventually settled on Waterlogged. It has a number of customizable features, include the ability to manually enter your liquid intake. You can set yourself a goal amount every day — 8-9 cups is recommended for an adult woman, and I set myself to 9 because, again, Texas. And when you do, you can set the app to put a red bubble with the amount you have yet to drink on the app tile.

If you’re like me, you can’t stand those little red notification bubbles on your phone and want to get rid of them. So staying hydrated becomes a matter of guzzling water to get the little red number lower and lower. It may not be the most elegant way to build up good habits, but water is water and darn it, it works for me.

The other major selling point, to me, was that Waterlogged syncs with Fitbit and Apple Health, which I’m also using to shame myself into improving my fitness (see barbecue blood above). It’s available for free on both the App Store and Google Play, and the premium service — which removes ads and lets you use both the Fitbit integration and smart reminders — is about $4 USD.

Georgina Ustik — I love lists. I love making them, I love checking them off, and I love making more lists when I’ve lost the ones I’ve already made.

I’m highly disorganized, and I think making lists gives me an artificial sense of calm and peace and productivity. Wunderlist is great because it syncs up between your devices, sends you notifications when tasks are due, and lets you take notes, add links, and add subtasks.

It’s a simple, straightforward list making app that has all the right stuff.

Matthew Hughes — Is SlackBot a productivity app? Is it even an app? Both of those things, like evolution and global warming, are up for debate (not really). What matters is that I’m using it to get my shit together.

SlackBot is just an awesome frictionless way to make train-of-thought notes, and because it’s baked into the app I use most of all, it’s just there. I use it to store pictures, make to-do lists, copy quotes and passages of text between computers, and other things I’d accomplish by cobbling disparate tools together. It’s just so elegant and underrated. And unlike my colleagues, SlackBot doesn’t get on my tits. 10/10, would recommend.

Read next: Learn the secrets of good copywriting for just $11