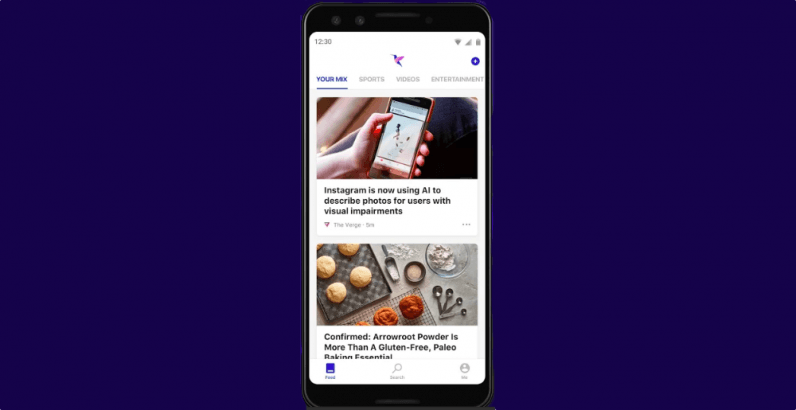 Microsoft has quietly released an AI-based news app called Hummingbird on Google Play and Apple’s App Store. It’s currently available only in the US, and is the company’s second news aggregation app.

Hummingbird lets you pick your favorite topics and subtopics from a list, and make a curated feed of news called ‘Your Mix.’ At any point in time, you can mute a news source or dislike a story to tailor your feed to your tastes in coverage. The app is said to get better at finding sources and topics better suited for you the more you use it.

This is similar to the ‘For You’ feed in the Google News app, and to the ‘My News‘ feed in Microsoft’s own News app. However, Microsoft News relies on human curation, as compared to Google and Hummingbird’s AI-based feeds.

Hummingbird opens stories through an in-app browser, so don’t expect every story to be in the same format. The app has a “Reader mode”, which is a bit iffy when it comes to formatting, and doesn’t always present text neatly. If you’re a sucker for a clean interface, you’re better off using something like Pocket.

Just like other news apps, you can add pre-defined feeds like videos, entertainment, science and tech, and sports. The ‘Me’ section shows your favorite topics, feeds, saved stories, and reading history.

Since this app is officially available only in the US, the curation and sources are fairly US-centric – so it’s hard for me to say just now whether I’d use it as my go-to source for news. Hopefully, Microsoft will roll it out worldwide soon.

Microsoft’s rivals are trying hard to entice users to use their curated feeds. In May, Google launched its redesigned News app for Android and iOS with a focus on AI-powered curation. It’s still too early to say which one’s better at this point.

Readers living in the US can download the app from the Play Store and App Store. If you’re elsewhere in the world, follow this link to grab the installer from APK Mirror and sideload it on your Android device. Give it a go, and let us know what you think of it in the comments.

Read next: Abra is giving away $25 of Bitcoin this Christmas – but there's a catch