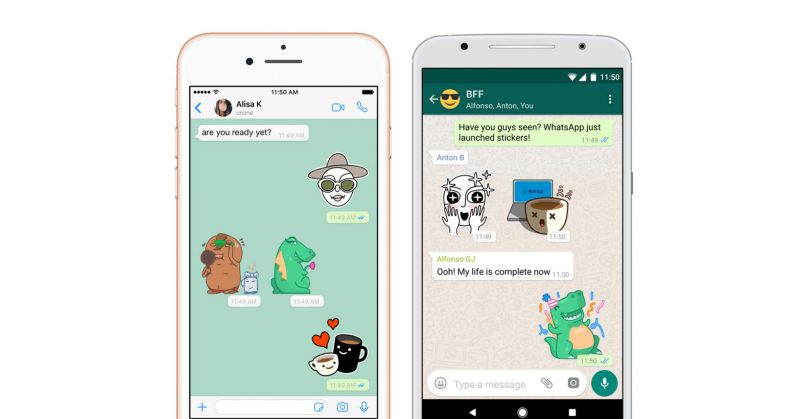 There are already a bunch of free sticker packs available, and you’ll recognize some of them from Facebook Messenger (no surprise there). The company noted that third parties can also create sticker packs and make them available as apps in Apple’s App Store and Google Play, and they’ll integrate into WhatsApp.

To use stickers, you’ll want to ensure that you have the latest version of the app on your device, and then look for the sticker button within the text entry field in a conversation. When you tap it, you’ll be able to rifle through the various sticker packs globally available, as well as the packs you’ve downloaded to your phone in a separate list.

The new feature is rolling out gradually to iOS and Android over the coming weeks, so you might have to wait a bit before it’s available on your handset.