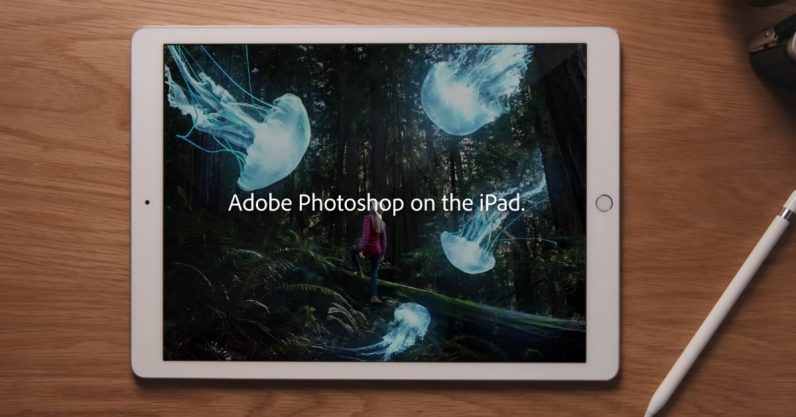 Adobe revealed at its MAX event that a new Photoshop would be coming for iPads — and not just any old defrocked mobile version. No, the “real” Photoshop will be available for your iPad sometime next year.

We first heard rumors that Adobe was going to attempt to bring full-bore Photoshop to Apple’s tablet earlier this year. Scott Belsky, chief product officer of Adobe’s Creative Cloud, told Bloomberg he was hoping to have the product out as soon as possible.

While we’ve had “lite” versions of Photoshop made for App Store before, they’ve always felt more anemic than the desktop version — especially when you consider smartphones and tablets have a plethora of photo- and video-editing apps made specifically with mobile in mind.

Photoshop CC on iPad, though, is using the same code as the desktop version, and will save projects in the same .psd file format. The app will be synced with the desktop, meaning you can resume work on projects began on one with the other. According to Pam Clark, Adobe’s product manager for Photoshop, the process of using both is meant to be seamless:

Anything you do on the iPad is seamlessly synced to the desktop, so you can now use the best device for the task you want to accomplish with no compromises. No exporting, importing, converting to different formats, or fixing whatever didn’t properly convert. It all just seamlessly works.

The app comes with several familiar Photoshop tools, with a UI redesigned for the touchscreen. It looks fairly similar to the core Photoshop layout, though there’s always a chance some tools will be lost in translation.

Adobe revealed its also working on a new drawing app called Project Gemini. Built from Photoshop, the app is designed to sync with Photoshop, and you can import your brushes from Photoshop as well.

Both Photoshop for iPad and Project Gemini will be available some time in 2019. Since Adobe specified the app was coming “first to iPad,” there’s a chance it could be available for Android devices at some point in the future.

Read next: Facebook will delete posts that spread voting misinformation this election