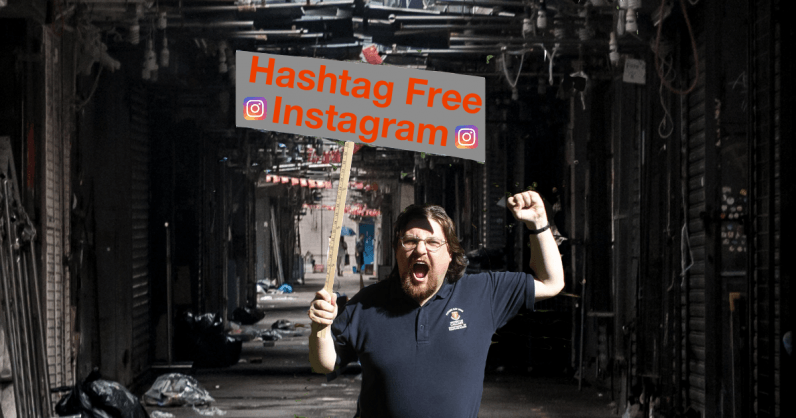 One of the most annoying things about Instagram is to see hundreds of hashtags stuffed into photo captions. Thankfully, it looks like Instagram is working on a better way to present them.

In a tweet, app researcher Jane Manchun Wong noted that the company is testing the ability to add hashtags without including them in the caption. Screenshots suggest that hashtags might appear as blocks beneath a post with separate the caption.

Instagram is testing the ability to add hashtags to posts without including it in the post caption pic.twitter.com/OhQn0xcCuw

Wong is likely looking at a beta version of the app that includes this new feature; she added that, at the moment, there is no limit to the number of hashtags per post in the new interface.

There doesn't seem to be a limit to the number of hashtags per post for now. But I'm sure folks at Instagram will limit that when the feature is released pic.twitter.com/tneolkSELm

This change will likely be a welcome addition to the app for creators, as they’ll be able to add loads of hashtags without cluttering up their posts. For the rest of us, that means an easier time reading posts.

There is no clear date when this feature will be available to users. We have contacted Instagram for a comment and will update the story accordingly.

Along with this, Instagram is also testing geo-restrictions for posts and stories.

Read next: Apple introduces a glorious Bitcoin glyph in iOS 12