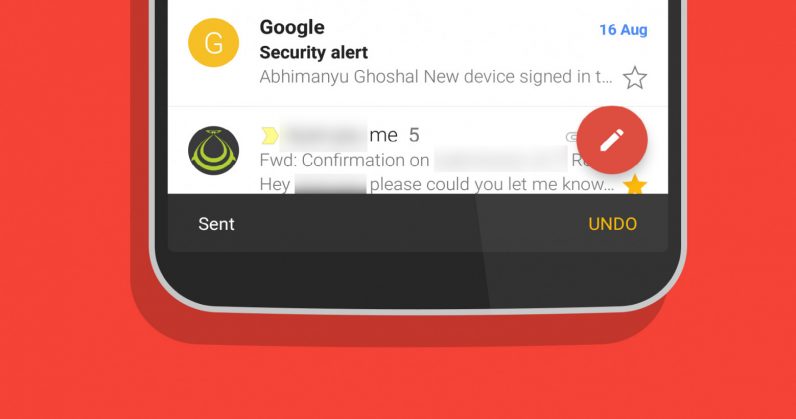 The Undo Send feature in Gmail is a godsend for the keyboard clutzes among us who fire off emails too early. I can’t count the number of times I’ve used it to bring back messages that I hadn’t finished composing or attaching files to.

Now, Android Police has spotted the feature in Gmail‘s Android app. It’s been around on the web and iOS versions for a long while, as well as in Google’s Inbox.

It isn’t clear exactly when it was introduced on Android – and whether it’s specific to a certain version of the app, or has been made available via a server-side change. But anyhoo, it’s here, and it works.

Once you’ve composed a message and hit Send, you’ll see a ‘Sending’ notification at the bottom of your screen, along with an ‘Undo’ button. You’ve got 10 seconds to tap on it and cancel the process; Gmail will then bring back the draft so you can properly finish what you started.

Unlike the web version, there isn’t an option to extend the time limit. Android Police noted that Google can supposedly ‘pull back’ messages sent to other Gmail users, while those on other services experience a short delay before they receive emails, and that’s what allows for this functionality.

In case the feature isn’t available on your device, you might have to wait a bit for it to be activated on your account, or you could try updating Gmail (here’s version 8.7 on APK Mirror) to the latest version.

Read next: Steam's answer to Twitch is now live