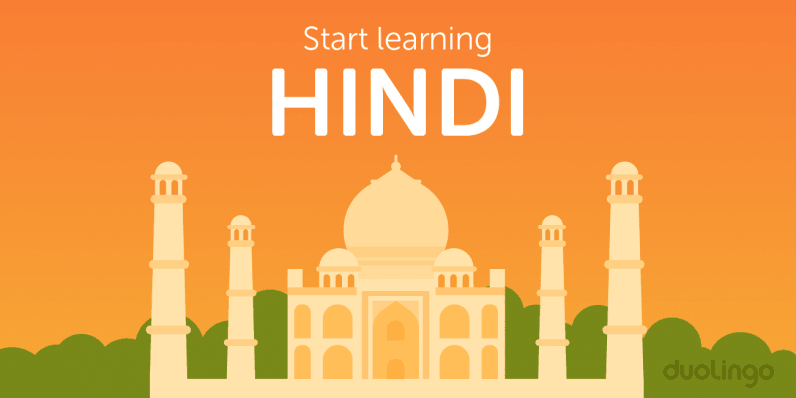 The course that has been in a year of development was launched on Duolingo’s website today, with the android and iOS versions slated to arrive soon.

The module teaches conversational Hindi rather than the standardized format used in official communication.

“Our choice of vocabulary is common Hindi-Urdu words, for example: we chose ज़्यादा (zyada) over अधिक (adhik) as the main translation for ‘more’.” said Kanan Gupta, the lead creator of the course.

The course was created thanks to contributors from USA, the UK, and India.

Duolingo’s website too notes that the course aims to help English speakers worldwide to “converse with folks in Delhi on your next trip to India, navigate your way to the Taj Mahal in Agra, and watch famous Bollywood movies.”

This is the first time the platform is dealing with a script for an Indian language, making this course one of the few it has created without the English alphabet system. This is challenging since it can get confusing for new learners how some letters in Hindi can combine to form new letters.

To tackle the problem of teaching compounded characters in the Devanagari script, the course starts you off with some vowels and a small group of consonants, before moving on to the conjunction of these letters, and then to other letters in the Hindi alphabet.

If you’ve been meaning to bone up on one of the world’s most widely spoken languages – and get to grips with a new script in the process – you’ll want to give this a go. Get started on Duolingo’s site.

Read next: Samsung's foldable phone will reportedly have a 7-inch screen and a secondary display