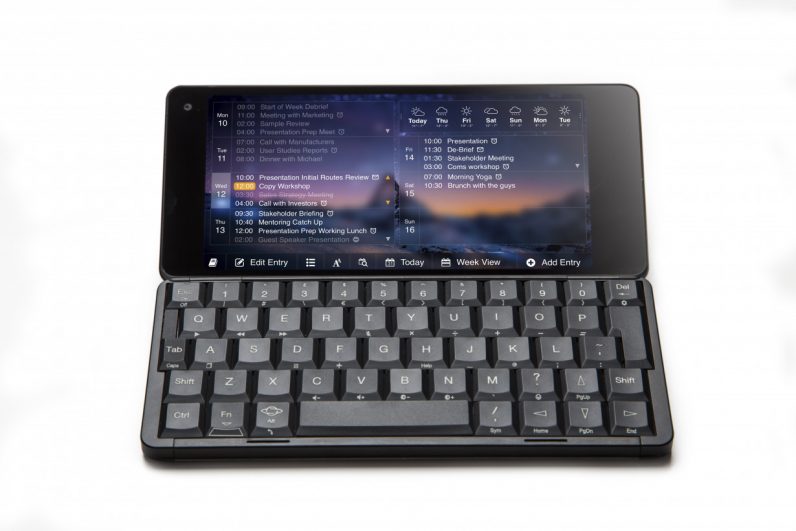 Earlier this year, TNW wrote about the efforts of a UK company trying to revive the humble Psion PDA. So far, Planet Computers has released a compelling handheld — the Gemini — which we were big fans of.

Interestingly, Planet Computers isn’t just focusing its efforts on hardware. The firm has launched an updated version of the iconic Psion Agenda calendar app, which is available for virtually any Android-based device.

The Gemini Agenda app faithfully recreates the beloved calendar app that was available on Psion’s late-90’s handhelds, but in a way that wouldn’t look out of place in 2018.

It packs most of the essential features you’d require from a modern-day calendar app, including the ability to view multiple and shared calendars, send email invitations to events, and even use Google Maps to set locations for meetings.

Users can see their agendas in day, week, month, and yearly view modes. It will also show you diary events in both the user’s local and home time zone, for when they’re travelling.

It also includes a built-in to-do list feature, which can be used to create tasks and check them off once completed.

The Gemini Agenda app is designed to be used in landscape mode, which meant that it was really awkward to use on my BlackBerry Key2 phone, but I had more luck with my (admittedly more conventional-looking) Honor 10.

Psion was a UK maker of PDA computers that, despite having many fans, sadly didn’t last too long into the 21st century. And while it’s cool to see someone trying to keep the memory of this iconic British tech firm alive, it’s all the more pleasing to see that they’re not just courting nostalgia alone.

In both the Gemini PDA and the Gemini Agenda app, Planet Computers have made something that actually offers some practical value to the user. If you’re a productivity fiend, it’s absolutely worth checking out. I find the default landscape view makes it really easy to see your agenda at a glance.

You can download the Gemini Agenda app from the Google Play store here.