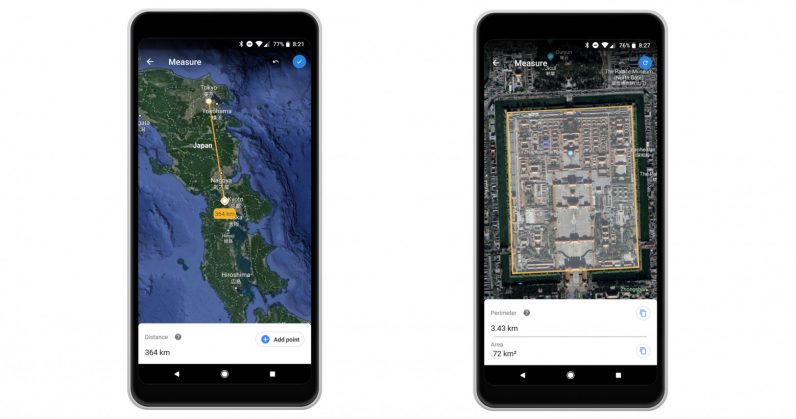 Mapping apps have long allowed us to measure the distance between multiple locations around the globe – but if you’re looking for more precise figures, you’ll want to try the latest feature in Google Earth.

The new Measure tool lets you plot as many points as you like on a part of the globe to find out the distance between two points or calculate the perimeter and area between more points.

It works like a charm in the Android app and in Chrome on your desktop; here’s me trying to measure the office space TNW takes up in Amsterdam, and the race course in my hometown of Bangalore, India:


Naturally, you can measure larger spaces like parks and race tracks, and even distances as-the-crow-flies between major cities and landmarks. If you’ve ever been curious about how big or small the various public facilities in your town are, this is a great way to find out.

You can try Measure right now in Google Earth for Chrome and Android; it will soon come to the iOS app as well. Oh, and if you want to measure smaller stuff – like the size of your living room or the length of your standing desk – you can try Google’s new Measure AR app for Android.

Read next: OpenAI's Dota 2 bots will take on a pro team at The International