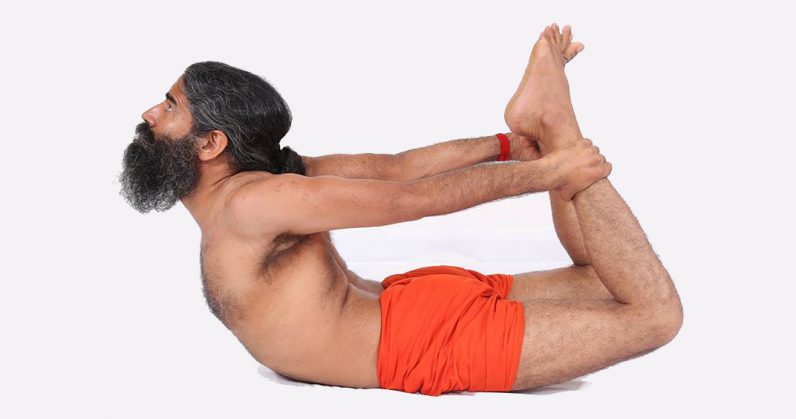 Baba Ramdev aka Swami Ramdev may not be a household name around the world, but boy, is he big in India. The 52-year-old yoga guru runs two yoga institutes in India and helped set one up on a private Scottish island, founded a consumer goods company that’s now valued at $0.44 billion, and has featured in a reality TV show. His next venture: competing with WhatsApp in India with a rival messaging service.

It’s called Kimbho, and it’s available for free on Android and iOS. The app lets you text, send ephemeral messages and canned responses, make voice and video calls, and send stickers and doodles.

While Kimbho isn’t likely to beat WhatsApp with its feature set, it could garner plenty of users and rival the Facebook-owned service over time.

WhatsApp is believed to have some 200 million users in India, and seems to be the app of choice for most smartphone owners in major cities in the country.

But Ramdev, with his political ambitions, popularity as a yoga practitioner and television personality, nationalist and anti-homosexuality messaging, has the power to influence a growing follower base across the country. His Facebook, Instagram, and Twitter accounts are collectively followed by more than 11.6 million people.

In building a superbrand that sells everything from toothpaste to instant noodles, he has gone up against major companies like Nestle, Colgate-Palmolive, and Unilever; he was also ranked 27th on Fast Company’s Most Creative Business People of 2016. A spokesperson for his company, Patanjali, tweeted that WhatsApp now has competition in India.

Kimbho’s Google Play listing mentions that the app is completely free, doesn’t include ads, and is 100 percent secure. I’m not entirely sure I buy that last bit: A French security white-hat hacker who uses the Twitter handle fs0c131y and has previously poked holes in numerous Indian state-sponsored platforms, noted that Kimbho has a bunch of vulnerabilities.

Ok, I will stop here. The #Kimbho #android #app is a security disaster. I can access the messages of all the users…🤦‍♂️

In addition, the app appears to be a rehash of a previously built messaging service called Bolo. That’s from the Facebook and Twitter links on Kimbho’s site, which take you to profiles registered in December 2015 for Bolo. The lack of basic hygiene, evidently clear in the poorly built Kimbho website, leads me to believe that the app may have more issues than meet the eye.

This isn’t Baba Ramdev’s first foray into tech. Earlier this week, his Patanjali brand partnered with government-run telecom service and mobile carrier BSNL to offer a co-branded SIM card for employees of his company and allied organizations. It’ll be interesting to see if he can use his influence to make a dent in WhatsApp’s user base in India.

Update (5PM IST): Kimbho’s listings on Google Play and the App Store are both down; it’s unclear as to whether the apps were removed by Google and Apple, or whether the company chose to take them down.