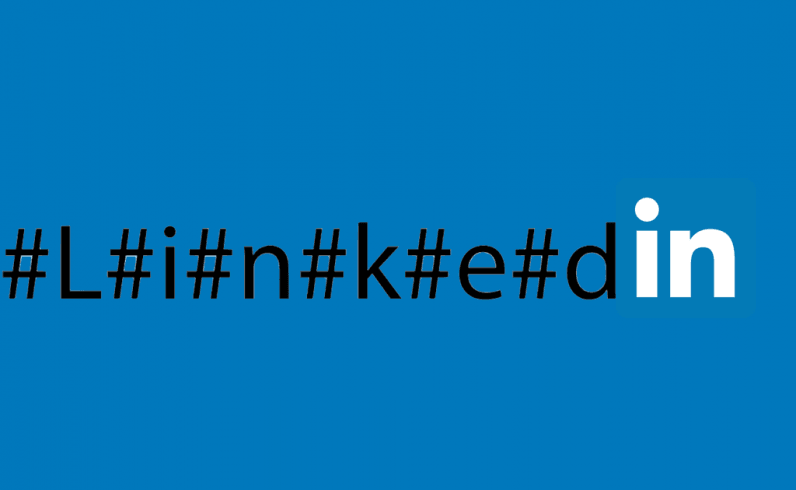 Welcome to the latest class on awful UX design straight from Silicon Valley. It appears that LinkedIn is running a minor test on its platform that requires users to use hashtags in order to post updates from their personal accounts.

The change was noticed by a small group of baffled users on Twitter:

So, LinkedIn forces me to use hashtags in my updates now??? pic.twitter.com/T1s6XJTmzH

LinkedIn finally discovers hashtags, and YOU WILL GODDAMN USE THEM. pic.twitter.com/rfLSSiBeGW

A LinkedIn social media rep has since confirmed the test on Twitter.

The representative added the test was designed to “better understand the value of using hashtags in posts” and “help members discover and joint relevant conversations.”

Hi Lexy – We are running a small test to better understand the value of using hashtags in posts to help members discover and join relevant conversations. -DAN

As you can expect, some users have since expressed skepticism at the idea, noting that requiring the use of hashtags in order to post is not a particularly user-friendly change.

“Suggesting hashtags is one thing, forcing people to use them is a bit different and kind of defeats the object of your test,” one miffed user commented on Twitter.

In all fairness, there is nothing wrong with seeking to implement new ways for users to interact – especially ones that have proved popular on competing platforms like Instagram and Twitter.

It remains unclear how wide the testing pool for this experiment is, but factoring in the slew of negative reactions so far – LinkedIn might be better off finding a less intrusive way of studying the hashtag usage patterns of its users.