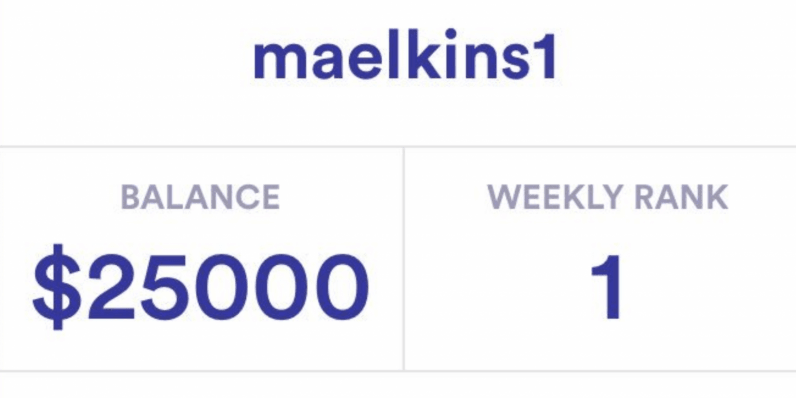 HQ Trivia, a live quiz game played twice a day on smartphones for, has always with one big caveat: cash prizes were split among several winners. Because of this and varying pot sizes, actual payouts have ranged from a few thousand dollars to a few cents.

For the first time, HQ didn’t split its prize. Instead of stopping at 12 or 15 questions like usual, host Scott Rogowsky kept on going until there was just one winner, which happened at question 18. The $25,000 dollar pot went to a single winner, by the alias of maelkins1.

We found The 1! Congrats to maelkins1 for taking home $25,000 on HQ tonight. pic.twitter.com/Lpuv5Ap5qI

If no one answered the last question correctly, the pot would have rolled over to next Sunday, for a total of $50,000.

To be clear, for most games, HQ will still split pots, but having weekly games with single winners significantly ups the trivia ante. I typically play several times a week, but usually don’t take it very seriously. I haven’t won yet, and if I did, it would probably only be a few bucks that at would likely just be enough to buy me a couple of slices of pizza.

But $25,000 is serious moolah – like, pay off your student loans moolah. Suddenly HQ Trivia went from a casual game you waste 15 minutes of your day on, to a potentially life-changing event. You didn’t even have to buy a scratch-off card.

The flip-side is that significantly higher earnings will almost certainly attract even more hackers trying to cheat the game. In fact, people are already unsure whether Mikey Elkins is even a real person.

Chances are HQ will need to further scrutinize winners as the game becomes more popular and the prizes larger. In the meantime, you can bet there’ll be a lot more people aiming for the grand prize on Sunday nights.

Read next: Robot takeover stalls in worst slump for AI funds on record